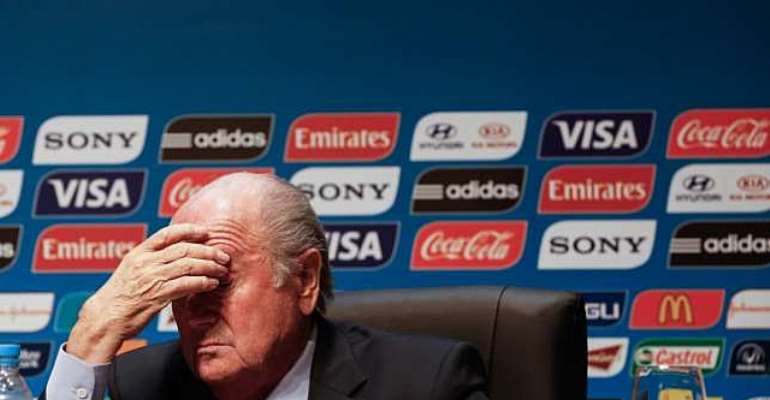 Mounting allegations of corruption continue surrounding the FIFA World Cup bid, with suggestions the gulf nation may be stripped of the event.

FIFA chief ethics investigator Michael Garcia is close to concluding his investigation, and president Blatter will wait until then to make a decision.

"I am not a prophet, that's all. We will await the results and see what will happen," Blatter said in Brazil on Thursday.

"The only thing that I can say to the Qataris is that in March this year, again the executive committee have said that will not put into question the World Cup in Qatar, and we are now awaiting the results of the investigation, which has been made by an independent authority."

Blatter and his team have more pressing worries, with the Arena Corinthians still needing 'a lot of work' ahead of the FIFA World Cup.

The Sao Paulo stadium hosts the opening game between hosts Brazil and Croatia on June 12 but is unfinished.

FIFA secretary general Jerome Valcke believes everything has been done for the World Cup to start on time but the Arena Corinthians still needs seats installed.

"It is true that if you go to Itaquerao stadium around the stadium there is still quite a lot of work still going on but I would say it is quite normal," Valcke said.

"It is even more normal when some of the stadium will be ready a little bit later, which means that we had to do some work on top of what is normally done during this exclusive period for FIFA.

"In the stadium they still have things to do like install seats in the stadium, install the generators, so there is nothing where we are at risk for any of the games that will take place during the first week of the competition."