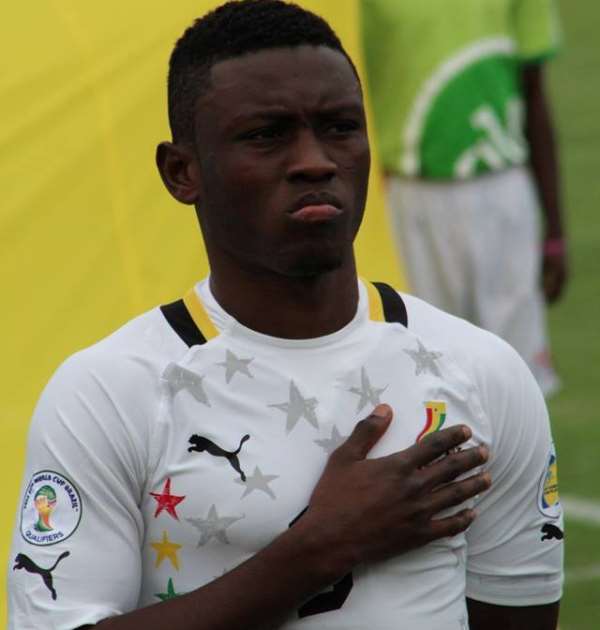 By Akyereko Frimpong Manson
Follow Akyereko on Twitter: @ Akyereko
Ghana striker Abdul Majeed Waris has been nominated for the French Ligue 1 Player of the Month of March following his impressive performance for Valenciennes.

But the Spartak Moscow loanee must beat off competition from Swedish legend Zlatan Ibrahimovic and Stade Rennes attacker Ola Toivonen who are the other players nominated for the gong.

The 22-year-old's performance far outclasses Ibrahimovic and his Swedish compatriot March in the Ligue 1 as he netted 4 times in 4 games. Ibrahimovic who has the reputation of being the most prolific striker in the Ligue 1 has bagged 25 league goals but only scored 3 of the 25 in March.

Waris's statistics in the month leaves him a great chance of beating the duo to the award and pip Ibrahimovic particularly to it. His brace to stun Ajaccio and a strike each against Evian Thonon Gaillard and Stade Rennes.

The Swedish captain beat Waris to the Swedish Footballer of the Year Award in 2012 when the Black Stars striker was on a spell with BK Hacken in the Swedish Allsvenskan and won the Goal King Title after scoring 23 goals in a league season.