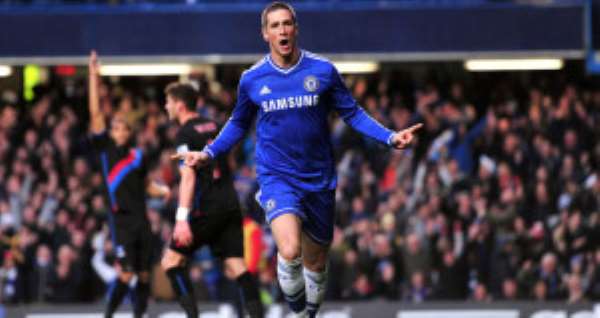 http://en.africatopsports.com/wp-content/uploads/2013/12/fernando-torres-chelsea-crystal-palace-premier-league-football-stamford-bridge_3051761.jpg Chelsea did not miss the opportunity to get closer to the Premier League leaders, Arsenal.

Just a few moments after the humiliation of the Gunners of Arsene Wenger at Manchester City, the Blues seized the chance to inflict a 2-1 defeat to Crystal Palace away from home.

Marouane Chamack happened to restore parity in the 29th minute when striker Fernando Torres put in the opener as of the 16th minute of game.

The aggravation of the scoring for the men of Jose Mourinho came later in the 35th minute as Ramires made an irreproachable finish into the net.

Galamsey fight: Four Chinese nationals to be deported
9 minutes ago

Gov't must opt out of Sputnik-V vaccine procurement contract...
9 minutes ago