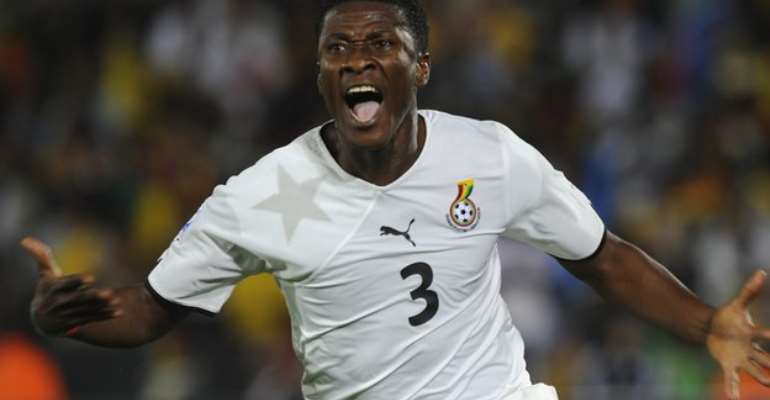 By Andrew Mwanguhya
First, allow me apologize on my behalf and that of others, who had before the match in Kumasi, fraudulently suggested that Ghana and Egypt both deserved to be in Brazil simply because of their continental pedigree.

On account of proceedings at Baba Yara Stadium on Tuesday night, a team that last went to the World Cup 23 years ago was clear to see. So was one that represented Africa well into the quarterfinals of the tournament in South Africa in 2010. Even crystal clearer was the team that will be on the fixtures when the 2014 World Cup kicks off in Brazil next June.

For American coach Bob Bradley – who reports in Cairo suggest could be asked to step aside for the return leg the Kumasi episode having returned an embarrassing 6-1 defeat, and his Egypt side, it was a brutal, heart-wrenching and agonizingly distressing experience.

The last time the Egyptians were on the receiving end of a similar hiding was in a 1990 friendly against Greece, and the last time they were in a high scoring defeat against an African opposition was in 1982, then going down 5-3 to Zambia in Cairo.

But for Ghana Black Stars – powered by the fit again Michael Essien – and their native coach Kwesi Appiah, it was an authoritative performance which will have sent a warning to the rest of Africa and the world that this side – fuelled by a fusion of young and experienced blood – can only get better from their 2010 SA display.

But there were two tales to this Kumasi episode: Ghana's brilliance versus jaded Egypt's ineptness.

Ghana were absolutely buzzing against a world-weary Egypt, and their project – which started coming to the fore when they won the Under 20 World Cup in 2009, is without doubt a progressive one.

The six goals on the night were shared among four Ghanaian players, with Gyan Asamoah throwing in a brace (one was a Wael Gomaa own goal), a healthy attribute of any winning team.

The four-time African champions tore into pieces the seven-time African kings and should take all the plaudits. Their application and approach was professional, their desire undeniable and unplayable.

On the night, Ghana's average age of 26 (with Essien reported to be 30 as the oldest) was evident in their lively sparkle while Egypt, whose average age is 28 (with legends Mohammed Aboutrika – 34 – and skipper Gomaa, at 38, the oldest), could not hide the disconnection between the heart's desires and body's ability. But while applauding the Black Stars' expert execution, we can't help but look at Egypt's problems – well exposed by a rather vicious Ghana on the day.

Add an 81st ranked Uganda (19 in Africa), who they beat three times in three months in friendlies, among the Ghana preparation script and you know the story. Whatever they escaped with against their group opponents Ghana laid bare here. Gomaa and company's defensive frailties, hardly helped by being on the wrong side of age, were left for six.

Actually, one SuperSport studio panelist put it better: “If one was writing a book on how best 'not to defend', this was it.” For Gyan, he couldn't have had better fun.

For two years there has not been a functional national league in Egypt thanks to civil strife, a fact the Pharaohs and Ahly somewhat managed to conceal as they beat all in qualification and Caf Champions League engagements. But Kumasi was no hiding place. The wanting fitness levels as a result of lack of a league were well on show here and one inescapable factor is that the turmoil back home could have hit the players psychologically, never mind their perfect record coming into this.

Going into the return leg, which should not throw any spanners in Ghana's march to Rio, surely, one thing is for sure. Bradley, if he is miraculously still in charge, should field a younger defender than Gomaa. And for all his commendable service to the Pharaohs, the 38-year-old legend should call it a day.

Ethiopia represented Walya's, not Cecafa brand
It is always trendy and perhaps human nature to associate with the best, especially when it comes to international feats.

It happened with Uganda when Olympic and World marathon gold medalist Stephen Kiprotich scaled the heights.