IS ALEX FERGUSON THINKING OF COMING OUT OF RETIREMENT ALREADY? 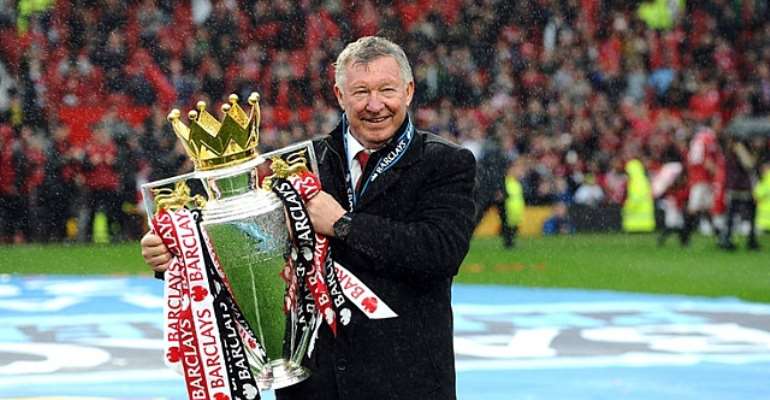 Manchester United have lost three of their six opening games this premier league season and have only amassed only seven points to record the lowest haul by any United team since the early days of Ferguson when his 89/90 group equaled the aforementioned tally.

This is the club's worst start in 24 years and it seems David Moyes' honeymoon period has ended already with a large section of the Old Trafford faithful already calling on him to be axed from one of the most prestigious jobs in world football.

Moyes has endured a terrible week after united fall to back to back defeats by Manchester City and West Brom and with the club now placed 12th on the league table; it's understandable that some of the fans are getting agitated.

The Manager admits that he is worried by United's results, with his side having failed to score a single Premier League from goal from open play since the opening day win at Swansea

The atmosphere was a lot different when Alex Ferguson took over the helm of affairs from Peter Shreeves in 1986, he admitted himself that football wasn't as dominant as it is today and the fans were less demanding, that was why he kept his job even though it took him five years to win his trophy. United fans have tasted success like never before during Ferguson's reign and wouldn't tolerate any a lesser service at the end of a season.

Many fans are beginning to question Moyes' tactical ingenuity especially as it affects his starting line-ups and lack of rightful substitutions that will alter the shape of a game that seem to be drifting away, some of the usual complains from the Old Trafford Faithful include his continued usage of an off form Ashley Young ahead of Luis Nani who is more attacking minded and creates more trouble for opposition defenders, overlooking Japan International, Shinji Kagawa for the creative midfield role(which suits him well) instead playing with two holding natural holding midfielders in Michael Carrick and Belgian international Maroune Fellaini.

Other fans complains include lack of playing time for a natural goal poacher, Javier Hernandez aka Chicharito whose goal ratio betters that of Robin Van Persie, Wayne Rooney and Luis Suarez choosing to play Danny Welbeck instead not forgetting Valencia and defensive issues

After the 2-1 home defeat by West Brom (who haven't won at Old Trafford since 1978) many fans took to social media and online football forums pleading with the man who took the club to the pinnacle of successes to reconsider his decision and save their season before it's too late, with some even suggesting David Moyes to be Assistant Manager to Sir Alex for the next two to really master 'the fergie way' before finally handing over to him since he is his preferred successor.