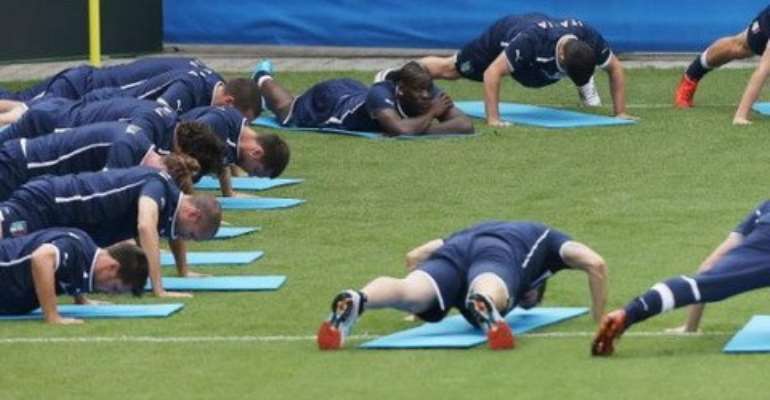 AC Milan striker Mario Balotelli has been handed a three-match ban following a confrontation with the referee after his club's loss to Napoli on Sunday.

Balotelli, who missed a penalty and scored in Sunday's match, was shown a second yellow card after the final whistle for his protests.

Miss
The Italy striker will miss the next three matches against Bologna, Sampdoria and Juventus for making insulting and intimidating comments toward the referee.

Milan will have its Curva Sud section shut for the next home game against Sampdoria as punishment for racist chanting during the loss to Napoli.

AC Milan has announced it will appeal both sentences.