Dieumerci Mbokani, expelled! “Stupid and unforgivable” for the coach! 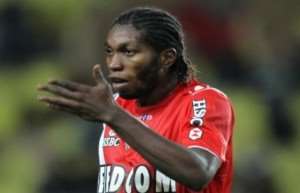 John van den Brom , Anderlecht coach does not abate after the defeat of his club last night at Genk in Belgium Cup, this Saturday night. He wants his star player, Mbokani , ruled in the 56th minute.

“I'm disappointed, very disappointed not by the elimination at the gates of the final but only by the result, not the way. I am proud of the ten players on the field who fought to the end. I purposely did not name Mbokani because I am very angry at him. He made himself provoked easily and he reacted like a kid. The blow he gives is really stupid. This is unforgivable. Also because it is not the first time. Our big players have already abandoned some time this season. “

Of the ten, I cannot really say anything bad. They even played football well and got on the end of the best opportunity of the match. They fought a good fight, but unfortunately we will not play the final. “