By ghanasoccernet
Cup of Nations 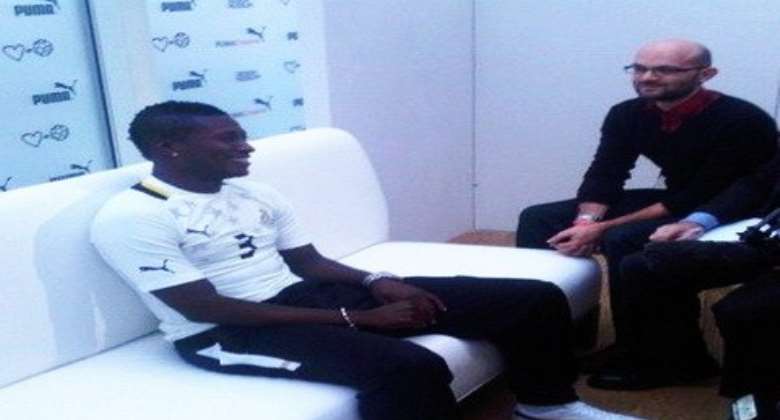 The Black Stars will not be spotting newly designed jerseys at the 2013 Africa Cup of Nations, GHANAsoccernet.com can confirm.

It will however be unable to do same for next year's Nations Cup due to the proximity of the competition from the last edition in Gabon and Equatorial Guinea.

Puma usually designs new kits for all their sponsored teams in a two-year interval.

Therefore it means new modifications of the Black Stars jersey can only be made by 2014.

Ghana FA boss Kwasi Nyantakyi in confirming receipt of kits to be used in South Africa explained the reasons for the development.

“We have received the kits for the Nations Cup but it is no different from the one used in Gabon and Equatorial Guinea,” he told GHANAsoccernet.com.

“It takes time to design new kits, they (Puma) only do that once in two years.

“So we will be using pretty much the same ones we used at the last Nations Cup.”

Ghana hopes to end a 31-year wait for an African title when the competition kicks off on January 19 in South Africa.

The Black Stars is drawn in Group B alongside Mali, Niger and DR Congo and will begin the competition against the Congolese on January 20 in Port Elizabeth.