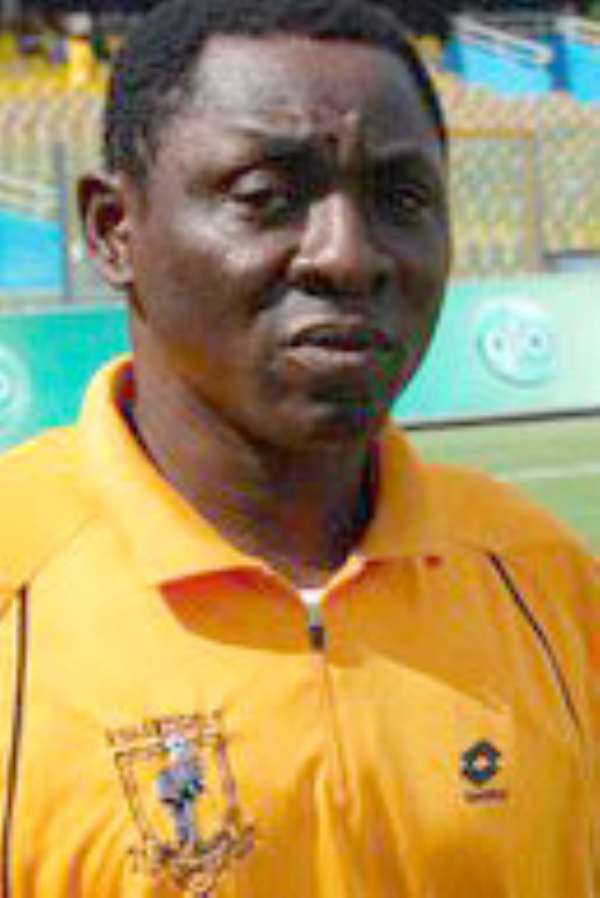 Coach David Duncan has been heavily linked with a return to struggling AshantiGold following the dismissal of Zdravko Logarusic.

The tough-talking coach parted ways with the miners by mutual consent last January following a dip in form of his side and was compensated with US$ 15,000, and Logarusic was appointed to replace him and the Croatian waved some magic to help the side earn a second-place finish last term. But the ex-King Faisal boss has failed to replicate his performance this season.

He was asked to step aside before the side's trip to Berekum Arsenals, where they drew 1-1 last Sunday. Duncan, a former Ghana Under-23 coach, has emerged as the huge favourite to return to the club after officials reportedly contacted him for the vacant position.

'He (Logarusic) will leave the country by the close of the week and so at the moment we're concerned about parting ways with him by mutual consent,' AshGold CEO Kudjoe Fianoo said.

'We don't want to be dragged to FIFA over how he was sacked and so we want to follow proper procedure. There are a number of coaches that we are considering and I think Duncan is one of them. He's a fine coach and we didn't have a problem with him when he left us last season.'