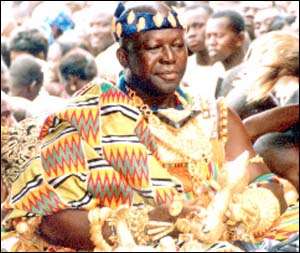 KUMASI Asante Kotoko's long cherished dream of getting its own Club secretariat will soon become a reality.

Plans are said to be far advanced for the Club which was formed in 1935 to construct an ultra-modern Club secretariat in Kumasi.

The Club owner, has allocated a land at the old Antoa station which is about 100 meters away from the Manhyia Palace for the construction of the edifice.

The Asante Monarch, a source said, will cut the sod for the commencement of the construction of the secretariat when he returns from London, wherehe is now touring.

The team intends embarking on an European training tour ahead of next season, according to some sources of DAILY GUIDE SPORTS.

The training tour is aimed at fine-tuning every department of the Kotoko team, which will make them a strong force to reckon with ahead of next season.

So far, United Kingdom (UK) and Spain, appears to be in the lead of the countries that Kotoko is likely to choose.