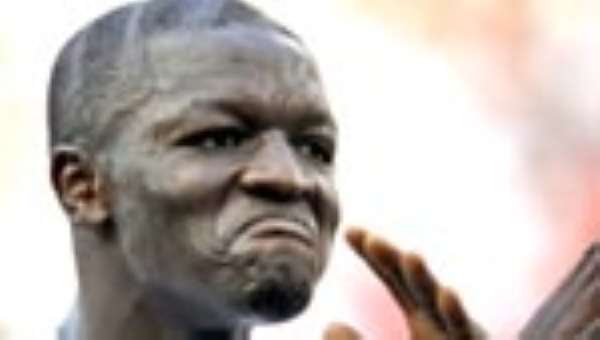 But the prospect of losing the likes of Sulley Muntari, Papa Bouba Diop and John Utaka in January fills Redknapp with dread.
"We're strong but we'll lose four or five players for the Nations Cup and that will leave us short," he said.

The African Cup of Nations begins on 20 January, with the final being played on 10 February.

Redknapp acknowledged that Portsmouth's challenge will be affected more than most of their Premier League rivals by the tournament in Ghana.
"I only hope this result doesn't mean people are taking notice of us now. I just want us to keep picking up points away from home like we have been doing."

It was Portsmouth's fifth consecutive away win in all competitions and ended a 58-year wait for a victory at St James' Park.

It keeps Portsmouth among the early-season front-runners, but Redknapp insists he is more interested in reaching the 40-point safety mark.
"At the start of the season I thought if we could finish in the top half I'd be delighted and I still feel the same," he said.

"I know people are talking about us being top six now but there are a lot of big clubs in and around us who will come on a run and it's only early days.

"But if you keep winning away from home as we have been doing, it gives you a chance to do well." BBC

Demonstrate diligence and honesty in your work – Outgoing KM...
40 minutes ago