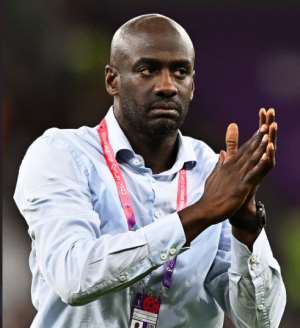 Ghana coach, Otto Addo has maintained that his side deserved their win against South Korea on Monday.

The Black Stars recorded their first win of the tournament with a convincing 3-2 victory against the Asian side.

Ghana, who are aiming to play in the last 16 now sit 2nd with three points and will take on Uruguay in their final Group H game on Friday at the Al Janoub Stadium with kick off scheduled at 15:00GMT.

Addo, 47, speaking after the game reiterated that his side deserve their win over Paulo Bento's side.

"We deserve over win against South Korea," the Borussia Dortmund coach said after the game.

"Credit to the players for the good job done," he added.

Ghana, who are making their fourth appearance at the Mundial opened their campaign with a defeat against Portugal last week Thursday at the 974 Stadium.

The Black Stars are seeking to progress from the group phase after an embarrassing campaign in 2014 in Brazil.