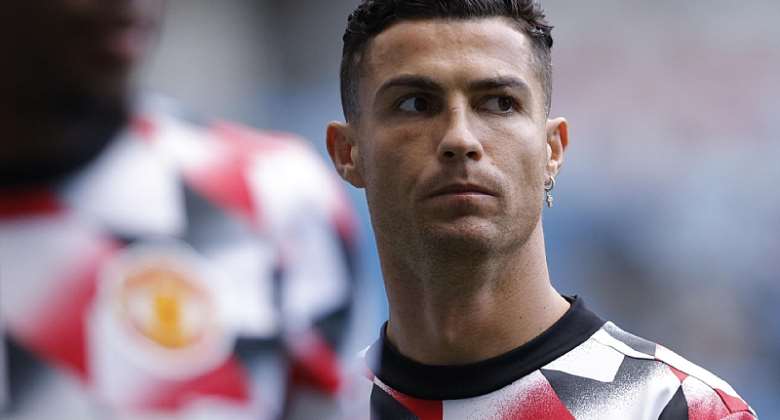 Manchester United manager Erik ten Hag admits Cristiano Ronaldo gets "p****d off" when he isn’t playing, amid uncertainty about the Portuguese international’s future at Old Trafford.

Ronaldo has started just one Premier League game this season, in United’s 4-0 defeat to Brentford, and didn’t feature at all in the Manchester derby on Sunday where the Red Devils lost 6-3 to Manchester City.

He was in the starting 11 for United’s two Europa League games so could return for their match on Thursday against Omonia.

“He's not happy that he wasn't playing on Sunday,” Ten Hag told the press. “Don't get me wrong.

“But that wasn't the question. The question was, how was he always on the training pitch and what his mood is when he is around - and he is happy.

United have lost two of their last three games in all competitions with defeats to Real Sociedad and Manchester City.

"Obviously, it was a difficult game, and as always, we analysed it,” said Ten Hag. “It was a reality check, we have to learn from it and carry on."

Bruno Fernandes added: "It was not good enough for the standards we set ourselves and what we want to achieve this season. All together, we didn't do enough to win the game and we all are disappointed with the result.

"The responsibility is playing for this massive club and everyone has to feel that responsibility, it doesn't matter who has the armband on the pitch.

"There is still a long way to go but we know what we want to achieve. We know what the manager wants from us as a team but we've got to get back to good results and we have a chance to do that straight away tomorrow."