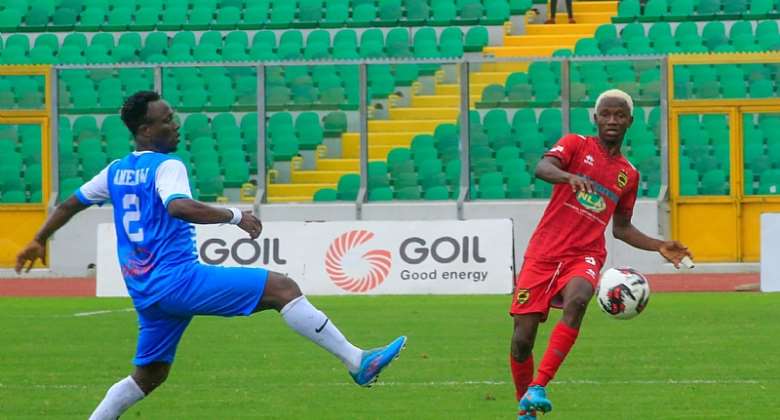 The Porcupine Warriors today hosted the Blues in a game serving as a matchday 30 encounter of the 2021/22 Ghana Premier League season.

Despite setting up strong to secure a win to inch closing to lifting the league title, the hosts could not come up with a performance to deserve the victory.

Courtesy of a second-half strike from Kelvin Ofori, Berekum Chelsea had the better of Asante Kotoko in the 90 minutes to win 1-0 at the end of the game.

Despite the defeat today, Asante Kotoko remains top of the Ghana Premier League table with a six points advantage and a game in hand as well.

For Berekum Chelsea, the team has moved further away from the relegation zone and looks set to hold onto their Ghana Premier League status at the end of the season.