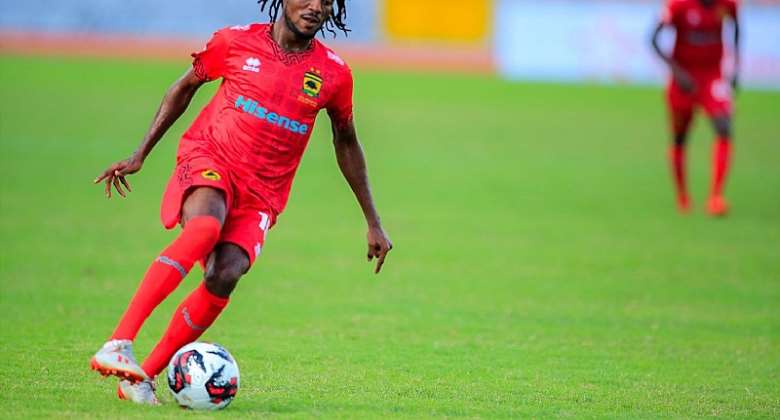 Asante Kotoko have stressed that banned midfielder Richmond Lamptey will continue to have the support of the club until a finality is brought to the match manipulation case.

As announced by the Ghana FA on Monday, May 16, 2022, the midfielder is slapped with a two-and-a-half-year ban from football for his involvement in the match between Ashanti Gold SC and Inter Allies FC last season.

Investigations have led the Disciplinary Committee of the GFA to establish that the encounter in the second round of the 2021/22 Ghana Premier League season was fixed.

As a result, the two clubs, some officials, and a number of players have been served various punishments.

For former Inter Allies talisman Richmond Lamptey, he is to serve a ban of 30 months.

In a statement released by Asante Kotoko this evening, the club says it has supported the player throughout the litigation process and will continue to do so after the verdict.

“The attention of the Club has been drawn to a decision of the disciplinary committee of the Ghana Football association banning its player, Richmond Lamptey for a period of thirty (30) months. The alleged misconduct of the player is said to have occurred at the time he played for Inter Allies FC.

“The Player was charged by the GFA at the beginning of the 2021/2022 football season, at a time the Club had signed on the Player. The Club supported the Player through the prosecution process and would continue to lend its support to the Player at this time until finality is brought to the matter,” the Asante Kotoko statement reads.