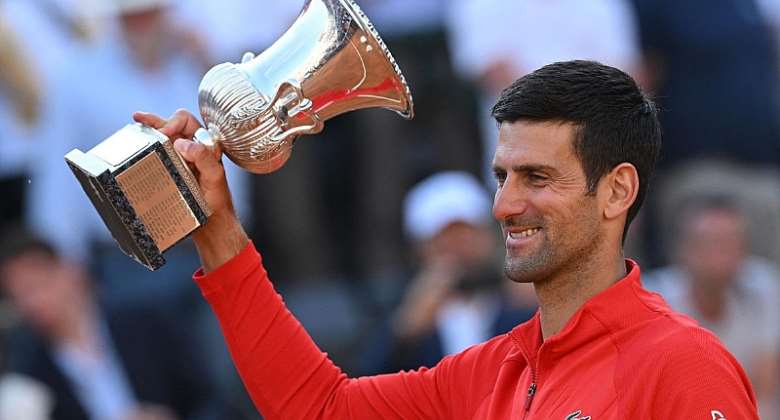 World number one Novak Djokovic boosted his preparations for the French Open with a straight sets win over Stefanos Tsitsipas to claim the Italian Open.

In a rematch of the 2021 French Open final, Djokovic, 34, started off confidently against his flat opponent.

Tsitsipas, 23, started better in the second set with an early break before Djokovic broke back, edging the tie-break to win 6-0 7-6 (7-5).

He says the win over Tsitsipas has been a culmination of the hard work he has put in over recent months to prepare for the French Open, where he is bidding to win his 21st Grand Slam title.

"I pleasantly surprised myself," Djokovic said in his on-court interview afterwards.

"Even though I have a clear gameplan and strategy coming into the match I knew what was expected of me from the other side. I knew what I had to do.

"The tie-breaker I was an inch better, maybe calmer, but it was a tight tie-break for both of us certainly."

He added: "Two days ago [against Felix Auger-Aliassime in the quarter-final] I played great. I've been building my form the last couple of weeks.

"Like the previous years I knew that my best shape on the clay usually comes around Rome time.

"It couldn't be a better time to come into Roland-Garros with a title in this wonderful tournament."

The Serbian was unable to start his year at the Australian Open as planned, instead returning in Dubai in February.

His start on the clay was rusty with a first-round exit in Monte Carlo, but he has gathered pace with the semi-final in Madrid and now the Rome title in the last major tournament before Roland Garros.

Given Rafael Nadal's foot injury issues, Djokovic will start in Paris next week as the favourite to equal the Spaniard on 21 Grand Slam titles.

The French Open takes place between 22 May to 5 June.

Going to the IMF with Ken Ofori-Atta leading will yield no r...
42 minutes ago