By Goal
Cup of Nations 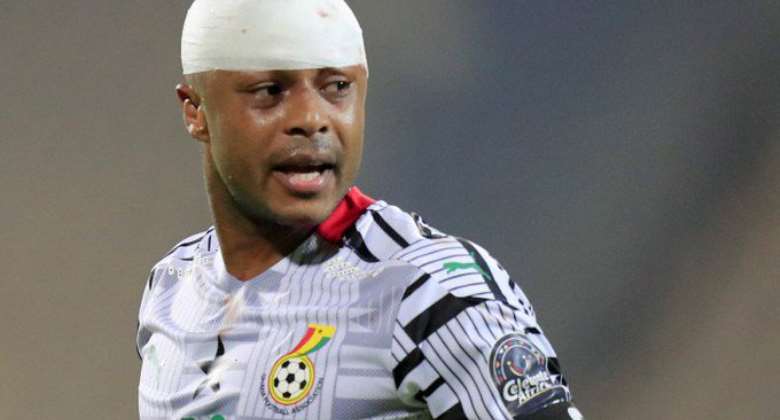 Andre Ayew has refused to blame the Black Stars’ troubled preparations for their opening Africa Cup of Nations defeat by Morocco on Monday.

The Black Stars were defeated 1-0 following a late Sofiane Boufal goal at the Stade Ahmadou Ahidjo as their bid to end the country’s 40-year wait for a continental crown got off to a stuttering start.

Milovan Rajevac’s side came into the game on the back of various injury and Covid concerns, with the likes of experienced Wakaso Mubarak not currently available for selection.

“[We were missing] a lot of things,” Ayew told GOAL. “The preparation wasn’t the best, we’ve been missing players, some of them only joined us here, we’ve had injuries.

“We know it’s not the best way in which to prepare ourselves, but there are no excuses,” he added. “We’ll go home, we’ll relax, and we will make sure we beat Gabon on Friday.”

Morocco were the better side during a cagey contest in which both sides appeared adverse to taking too many risks in order not to leave themselves open to a counterattack.

The Atlas Lions had over 61 per cent of the possession and attempted over twice as many shots as the West Africans, who struggled to create chances for an isolated Jordan Ayew.

“When you lose a game there are always regrets,” Dede continued, “but it was a very tight match.

“We could have scored like they could have, but there weren’t many chances in the fixture.

“Today, Morocco take all three points and we’re disappointed, but I think the team played well.

“We matched Morocco—one of the favourites—boot to boot, so we need to continue, we need not to lose confidence. I really believe in what we do.”

Despite being short of fitness heading into the contest, and having to have his head bandaged following a clash with Romain Saiss, Ayew played the full 90 minutes in the heat of the Cameroonian capital.

He told GOAL that the mood in the camp remained composed as the team began to turn their attention to the challenges ahead.