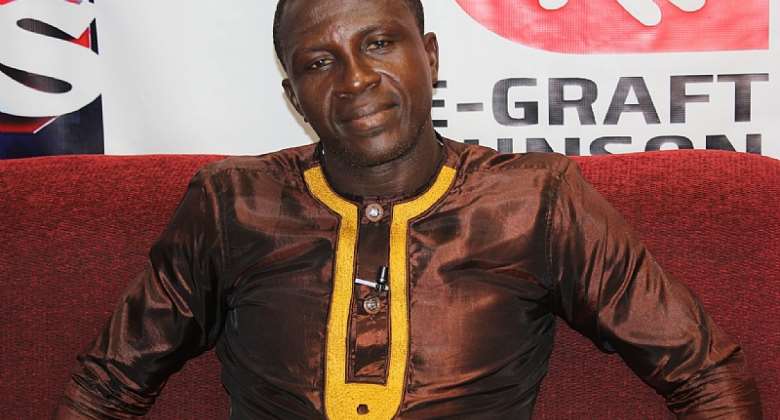 Hearts of Oak legend, Yaw Amankwah Mireku has slammed the players after failing to make it to the group phase of the CAF Confederations Cup, describing the playing body as unintelligent.

The Ghana Premier League champions having suffered a 6-2 aggregate scoreline against Wydad Athletic Club in the Champions League dropped to the Confederations Cup.

Hearts of Oak recorded a resounding 2-0 win over JS Saoura in the first leg at the Accra Sports Stadium. In the return leg in Algeria, the Phobians suffered a 4-0 defeat to end their campaign in Africa.

Following the disgraceful and embarrassing campaign, Amankwah Mireku says Samuel Boadu, who is the head coach of Hearts of Oak is working with unintelligent players.

According to him, the players were not able to read the game against JS Saoura.

"The performance of Hearts of Oak in Africa is terrible and unbelievable," he said on Asempa FM.

"It was a fine opportunity for the club to market itself properly in Africa because this is what we have been calling but for Hearts of Oak to concede six goals and four goals against Wydad Atheltic Club and JS Saoura, it is totally unacceptable.

"Supporters are now blaming Samuel Boadu for the club's exit from Africa but the truth is, Hearts of Oak players are not intelligent and if you don't have intelligent players, how do you expect the coach to perform?

"The goals that they conceded against Saoura is shocking and unbelievable. Are the players telling us they cannot indicate dangers and lift up their performance during games?

"We have all played in Africa before but the planning and the performance of Hearts of Oak in Africa is a total disgrace," he added.

Hearts of Oak now turn their attention to the Ghana Premier League where they are yet to record a win.