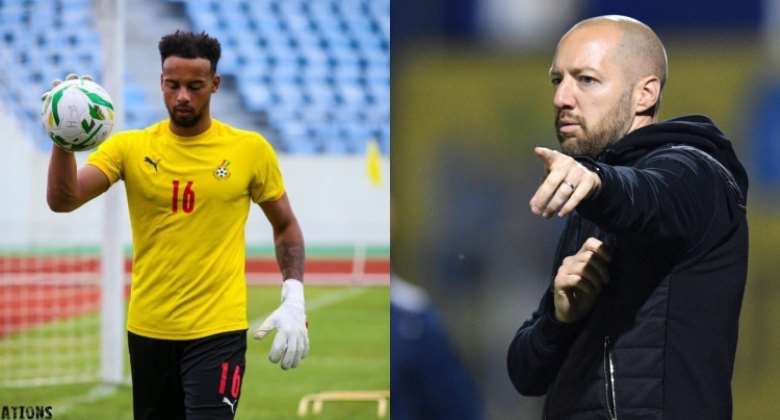 The young and composed goalkeeper returned to duty for the Robins on Sunday after featuring for the Black Stars in the doubleheader of the 2022 Fifa World Cup qualifiers against Zimbabwe this month.

Wollacott was selected ahead of Lawerence Ati-Zigi in the absence of Richard Ofori for both games.

The 25-year-old helped his side to beat Sutton United 2-1 in the EFL League Two on Sunday at the Borough Sports Ground in Sutton, south London.

“Jojo Wollacott had been away but he's done ever so well this season,” said Ben Garner.

"He had gone away, won two caps for his country and massive recognition for him for that. He came back in with us last Friday and I didn't feel comfortable with putting a player back in the team with just one day's training, and Lewis Ward had done so well.

"It was a tough decision, Lewis Ward deserved to stay in the team, Jojo Wollacott deserved to go back in and I'm very fortunate to have two wonderful goalkeepers regardless of the headaches that give me,” Garner concluded.

The Ghanaian safest-pair-of-hands work rate this season has seen Swindon ascend to the third position on the league log with twenty-three points securing him his maiden Ghana call-up.

Wollacott is expected to return to Ghana's squad for the final Group G games next month against Ethiopia and South Africa.