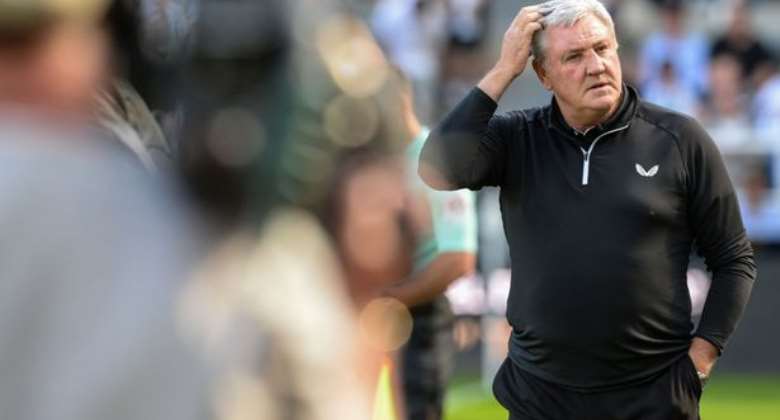 Steve Bruce has left his role as Newcastle head coach, in the first major change by the Premier League's Saudi-led owners.

The departure is officially by 'mutual consent', though the change had been expected with no wins from eight top-flight matches so far this season.

Bruce took charge of his 1000th game in professional management on Sunday, a 3-2 defeat by Tottenham, but although he is a boyhood fan, supporters never truly took to him. The former Manchester United captain was associated with the previous Mike Ashley regime, and it was widely accepted he would be relieved of his duties.

Graeme Jones will step up as caretaker head coach, starting with this weekend's game with Crystal Palace, with support from the existing backroom staff of Steve Agnew, Stephen Clemence, Ben Dawson and Simon Smith.

On Wednesday morning, it was reported that former Roma boss Paulo Fonseca is a contender for the role, with bookmakers installing him as favourite, ahead of Lucien Favre, Eddie Howe and Steven Gerrard.

"I am grateful to everyone connected with Newcastle United for the opportunity to manage this unique football club," Bruce told the club website.

I WOULD LIKE TO THANK MY COACHING TEAM, THE PLAYERS AND THE SUPPORT STAFF IN PARTICULAR FOR ALL THEIR HARD WORK. THERE HAVE BEEN HIGHS AND LOWS, BUT THEY HAVE GIVEN EVERYTHING EVEN IN DIFFICULT MOMENTS AND SHOULD BE PROUD OF THEIR EFFORTS.

"This is a club with incredible support, and I hope the new owners can take it forward to where we all want it to be. I wish everyone the very best of luck for the rest of this season and beyond."

Newcastle say a search for a new head coach is underway, with an announcement to be made in "due course".