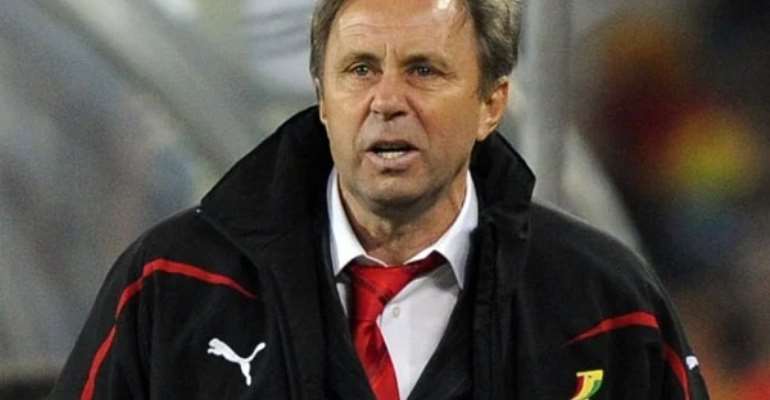 The Ministry of Youth and Sports has said it has no idea of the reported agreement between the Ghana Football Association (GFA) and Milovan Rajevac concerning the Serbian’s appointment as new Black Stars head coach.

Since last week, reports have indicated the Serbian has been selected as the new head coach of the Ghana national team.

Just last Monday, sources noted that Milovan Rajevac had arrived in Ghana to sign a 2-year contract with the Ghana FA to start the Black Stars job.

Subsequently, it was reported that the Sports Ministry after a meeting with the GFA has agreed to a $45,000 monthly salary for the incoming Black Stars head coach.

However, in a press release from the Ministry today, it says the report of agreeing to a salary for a new Black Stars coach is false.

“We wish therefore to state categorically that the publications that the Ministry has agreed to pay S45,000 for the Coach of the Black Stars are untrue and of no basis,” part of a press release from the Ministry has said.

The Sports Ministry notes that it is awaiting the report of the Ghana FA on the engagement of a new coach and will come out to inform the public if anything of that sort happens.

Find below the press release from the Sports Ministry: