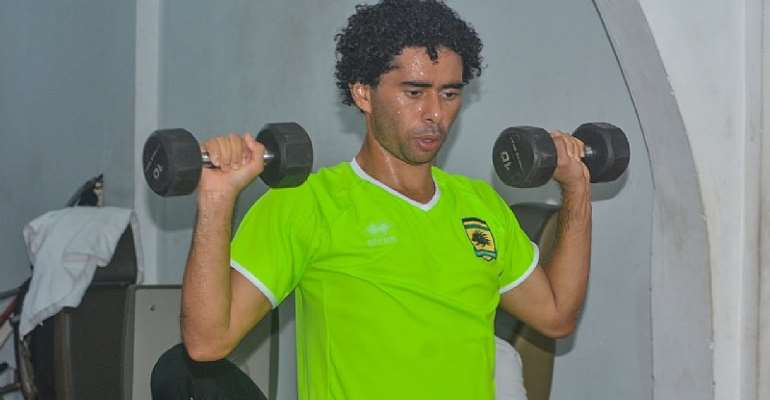 Playmaker Fabio Gama is expected to arrive in Ghana today to begin pre-season with Asante Kotoko.

The Brazilian has been in his native country after the end of the 2020/21 football season.

With the 2021/22 Ghana football expected to kick off in October, the midfielder is expected to return to the West African country to begin pre-season.

The 28-year-old joined the Porcupine Warriors last year and starred so well in his first season, getting involved in 12 goals; scoring 5 and assisting 7 including 3-star performer accolades- an output which has really made him one of the fan's favourites in Kumasi.

Gama will be hoping to improve his performance under new head coach Prosper Narteh Ogum.

Asante Kotoko however, begin their pre-season today at the Adako Jachie Training Complex today. The training has been scheduled for 15:00GMT.

Narteh Ogum has been named as the new coach on a two-year deal, replacing Mariano Barreto.

Take me to court, I will get the court to also overturn the ...
4 minutes ago

We’ve revamped TVET education in Ghana than any government –...
4 minutes ago