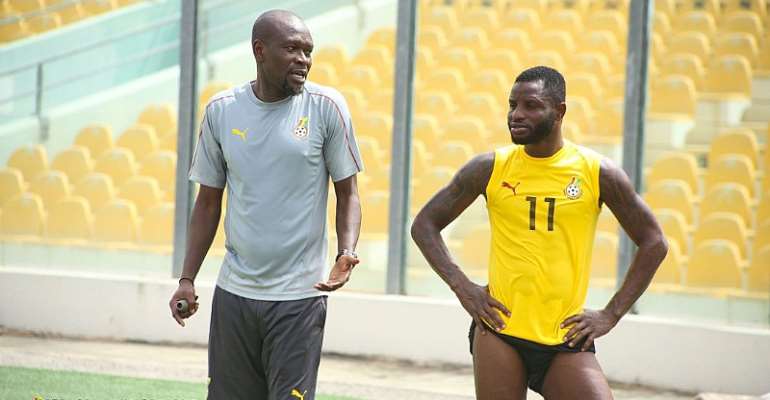 Ghana midfielder, Mubarak Wakaso has extended a message of goodwill to CK Akonnor after his sacking as the head coach of the Black Stars.

The former Asante Kotoko head coach was relieved of his post as the head coach of the Black Stars on Monday when the Ghana Football Association (GFA) announced that his contract has been terminated.

Reacting to the sacking of the coach, Mubarak Wakaso has wished CK Akonnor the best in his future endeavour.

“When I was a little boy in Tamale I watched you play football.

“Later, I became a ball boy/player for Gold Fields where you played. You became my coach at the Black Stars. Thank you for everything and best of luck in your next job. I know you will succeed CK Akonnor,” a post on the Twitter page of Mubarak Wakaso said on Wednesday.