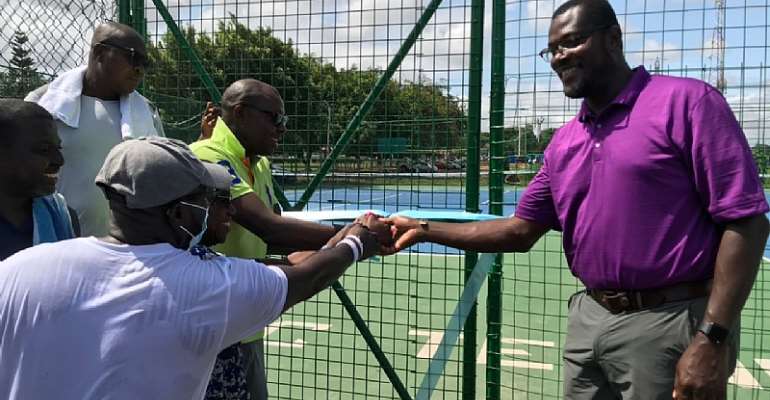 Atomic Tennis Club has rededicated its twin courts at a brief and colorful ceremony in Accra.

The club has invested over One Hundred and Twenty thousand Ghana cedis (Gh¢120,000.00) into the renovation of their playing facilities as their contribution to growing tennis in the country.

The facility, owned by the Atomic hospital, has been adopted by the social club as their home base over the years, and club Chairman, Steiner Wood hoped the improved facilities would attract more young people to the sport.

He said until the renovation works, the state of the courts made play both difficult and dangerous.

At a ceremony graced by Tennis Foundation Ghana President Roger Crawford, ITF referee Yakubu Abubakari-Lea, Captain Fiifi Nkansah, Mr. Godwin Ayinduah, Mr. Isaac Awuku and Coach Victor Akwetey, Chairman Steiner Wood said, "we have set certain standard to meet the international requirement for the tennis fraternity, what we intern to do going forward is to enhance the facility and make sure that we increase our membership and encourage the game internationally."