'Watch out for Samuel Takyi, he will be world champion - Mike Altamura predicts 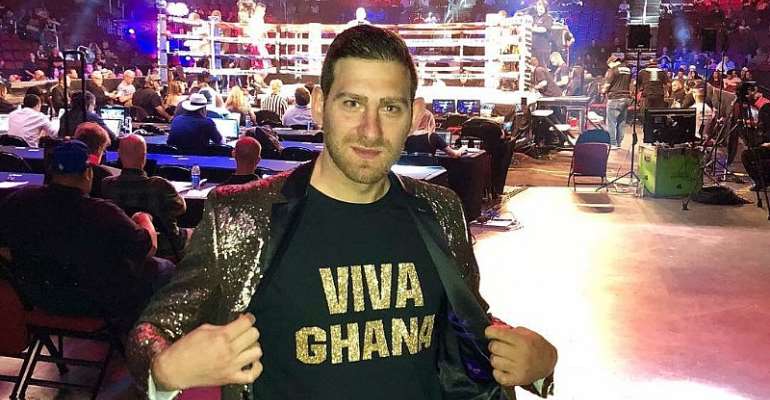 International boxing manager, Michael John Altamura is waxing lyrical about the performance of 20-year-old Samuel Takyi in the ongoing Tokyo 2020 Olympic Games and has no doubt whatsoever that the Ghana Black Bombers star is a future world beater.

Altamura has managed five boxers out of Africa to world titles in the paid ranks, most famously Isaac 'Royal Storm' Dogboe who became Ghana's youngest world champion in 2018 when they were still working together, and points out that Takyi displayed a rare kind of courage in the face of adversity as an entire continent struggled to find a hero in Japan.

Young Takyi not only ended Ghana's 29-year wait for an Olympic medal and a first in boxing since 1972, but also emerged as the only boxer from Africa to win a medal despite not making it to the final of the men's featherweight tournament after losing in the semi-final to Duke Ragan of the USA on Tuesday, who is already a pro of course.

Now the Australian boxing aficionado with a special feeling for Ghana where he has visited severally and even once met the President, believes the performance in Tokyo and the confidence garnered is one that has laid the foundation for even bigger things to come for Samuel Takyi.

"What an outstanding accomplishment by Samuel Takyi.This tournament was really a coming of age and at just 20, he has an enormous future," Altamura told Sportsinghana.com from his Melbourne, Australia base.

He added, "I am confident in his abilities to someday become a professional world champion. It would be a blessing to work with him and his team. He's a true Ghanaian warrior with sublime talent."

Altamura was almost an ever present throughout Ghana's Commonwealth Games campaign in Gold Coast in 2018 where boxing was also the country's only medal winner, also a bronze, and he minced no words about the good work done by the Black Bombers technical team and officials, most of whom he knows personally.

"My congratulations also goes out to long-time head coach Ofori Asare, his support team, and Ghana Amateur Boxing Federation President, George Lamptey. I know the weight of expectations within your beautiful nation, and as a team you have delivered despite many pitfalls and a very limited preparation," Altamura stated.

He emphasised, "I hope this achievement will encourage the Government to increase the support for athlete development pathways and international camps and competitions. Ghana is an absolute jewel in our trade, and increased support will see a wave of international medals without question."