Black Satellites arrive in Ghana after U-20 Afcon victor 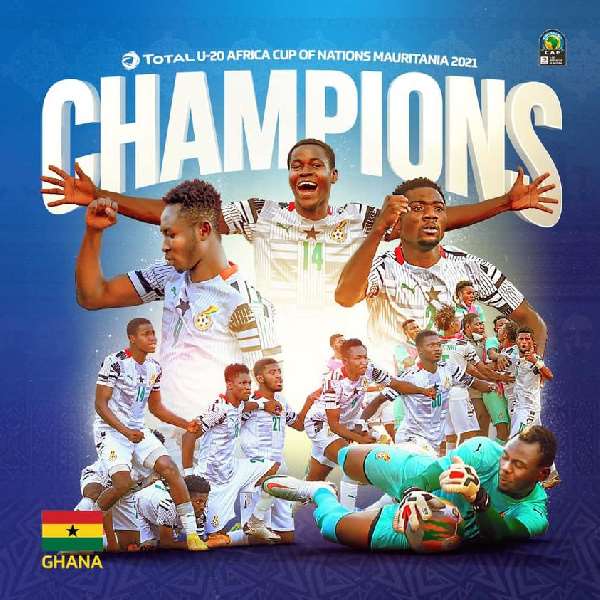 The Black Satellites of Ghana have arrived in the country after winning the U-20 African Cup of Nations in Mauritania.

Ghana's U-20 side left Mauritania Sunday morning after defeating Uganda by 2-0 to win the trophy on Saturday evening.

The team was welcomed by newly Sports Minister, Mustafa Ussif, a host of dignitaries from the Ghana Football Association [GFA] and cheers from supporters at the Kotoka International Airport, Accra.

The team presented the trophy to the authorities after a short ceremony held at the Air Force Base in Accra.

The National U-20 football team, the Black Satellites, gifted the country a huge birthday gift by winning their 4th AFCON title in the just-ended tournament held in Mauritania.

The Satellites put up a spirited performance to beat the Hippos of Uganda by 2 goals to nil. The Hippos never really looked like they were contenders for the trophy in the final registering no shot on target in the first 45 minutes.

With this win, the Black Satellites have added one more trophy to their trophy cabinet with the others from 1993, 1999, and 2009.

The team will present the trophy to President Akufo Addo at the Jubilee House within the week.