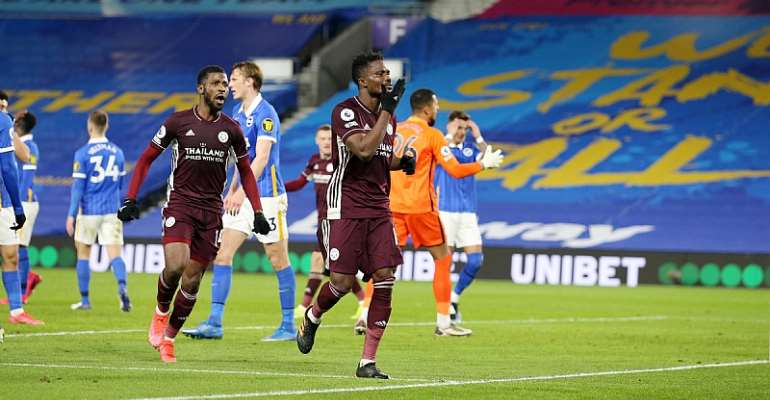 Ghana international Daniel Amartey scored his first goal in fours on Saturday night when he netted the winning goal for Leicester City in the team’s 2-1 win against Brighton & Hove Albion.

The Foxes today visited the American Express Community Stadium to honour a date on matchday 28 of the 2020/2021 English Premier League season.

Although the defender had a tough time in the early parts of the game, he picked himself up to put on a very good performance after an Adam Lallana goal had shot Brighton into the lead.

Having trailed at halftime, Leicester City turned things around in the second half with inspiration from Nigerian striker Kelechi Iheanacho who scored two minutes after the hour mark to restore parity for the visitors.

In the pulsating encounter that ensued from there on, Daniel Amartey headed home a cross from Marc Albrighton in the 87th minute to seal a massive 2-1 win for Leicester City at the end of the game.

For his impressive outing tonight, the Black Stars asset has been rated 7.8 from renowned statistics providers SofaScore. 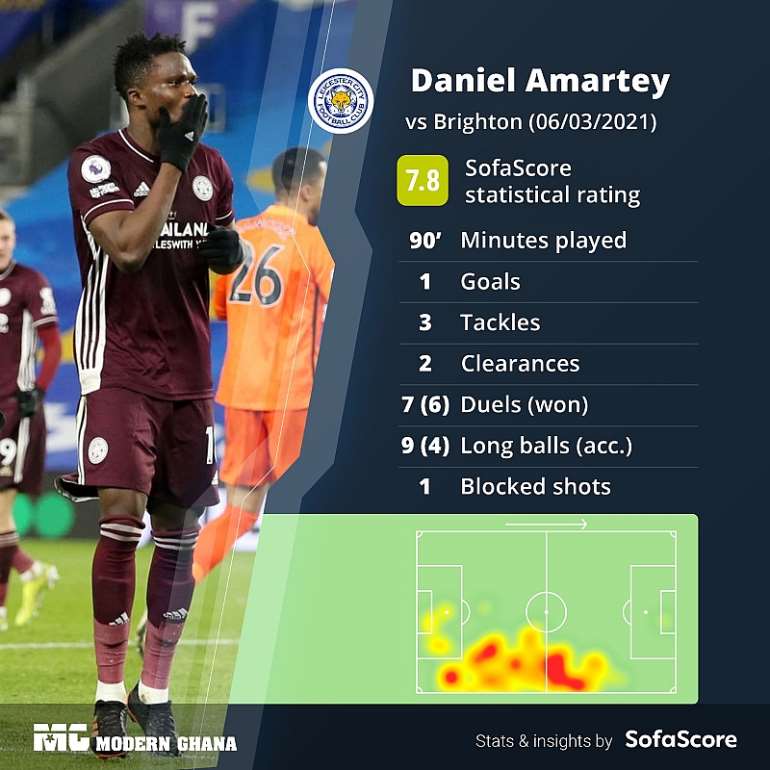 This season, the 26-year-old utility player has found stability under manager Brendan Rodgers and continues to play a key role for the team pushing to cement qualification for the Uefa Champions League next season.