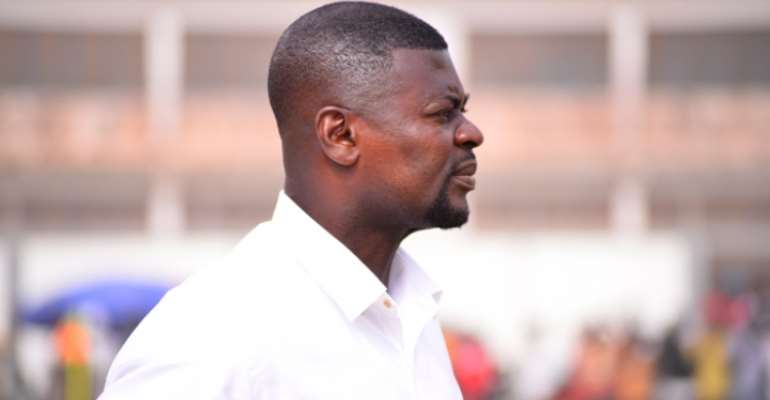 Accra Hearts of Oak are on the verge of announcing Samuel Boadu as the club's new head coach for their 2020/21 season's campaign.

The Ghana Premier League powerhouse have been in search for a head coach following the resignation of Kosta Papic last week.

According to reports, Boadu has reached an agreement with the Phobians and will now replace the Serbian trainer.

Boadu resigned as the head coach of Medeama SC after their 2-0 home victory over Eleven Wonders in the match-week 16 of the Ghana Premier League on Wednesday.

The promising gaffer has not been happy with the appointment of Seth Ablade as the Technical Director of the club which is a contributing factor to resignation from the Tarkwa based club.

He has been a long-term target for Hearts of Oak after an earlier approach for his acquisition prior to the commencement of the 2020/21 season's was rejected by Medeama SC.

Following the appointment of Seth Ablade as the club's technical director, Boadu was reluctant to hold contract extension talks with Medeama, having his contract running out after three years stay with the club.

Hearts of Oak have been guided in their last Premier League matches — against Ebusua Dwarfs and Liberty Professionals — by their U15 side (Royal Oaks) head coach Samuel Nii Noi.

Hearts of Oak will be hoping to build on their win against Liberty Professionals ahead of their much-anticipated game against bitterest rivals, Asante Kotoko.