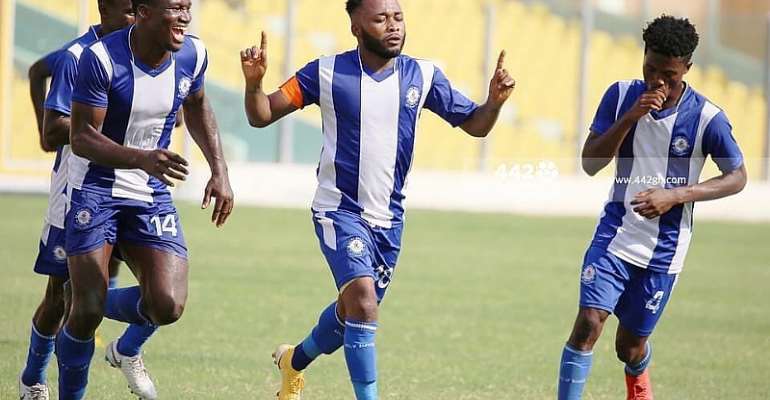 Great Olympics skipper Gladson Awako says he is eyeing call up for the Black Stars in their next 2021 Africa Cup of Nations (AFCON) qualifiers against South Africa and Sao Tome and Principe in March.

The Black Stars will play South Africa and Sao Tome in their final two qualifiers in March this year.

However, Awako is highly tipped to make the squad due to his outstanding performance in the ongoing Ghana Premier League.

Awako told the Graphic Sports that it was his dream to feature for his country so he looked forward to giving out his all when given the opportunity by Coach C.K Akonnor.

“It will be a dream come true for me to play for the Black Stars. It is something I have been looking forward to all these years and I will grab the opportunity,” he said.

“The coach will decide when the time comes but I will continue working hard to ensure I make the team in their next grouping,” he added.

The inspirational Olympics midfielder has been in splendid form in the local league, having netted three times in nine matches.