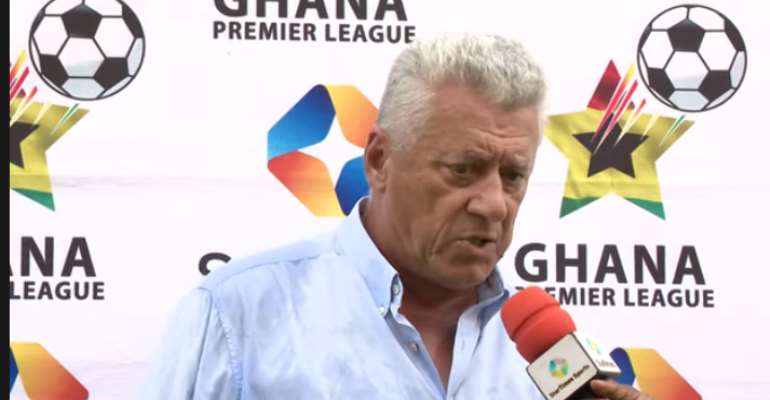 The head coach for Hearts of Oak, Kosta Papic has rubbished talks that he is demanding a huge sum of money from the club before he commits to a contract.

The Serbian tactician was appointed by the Ghana Premier League giants in December 2020 to take over from coach Edward Nii Odoom on the back of a slow start to the new football season.

This week, several reports have speculated that Coach Kosta Papic is yet to sign a contract with Hearts of Oak although he has worked for the club for over a month.

Speaking to Pure FM on the back of the rumours, the experienced coach has clarified that he has a 2-year contract with the Phobians.

“I signed a 2-year contract with Hearts and what is in the contract is between me and the club,” Papic shared.

According to him, there is no truth in the speculation that he is demanding a gargantuan sum of money from Hearts of Oak. He insists that if he wanted money he would be coaching in China and not in Ghana.

“Ghanaian clubs don't have money and we are not talking about money. I would have been in China if I needed a lot of money. I'm Hearts Coach and will remain in Hearts,” Kosta Papic added.

Under the Serbian tactician, Hearts of Oak have made strides and now among the clubs touted as contenders to win the Ghana Premier League title at the end of the 2020/2021 football season.