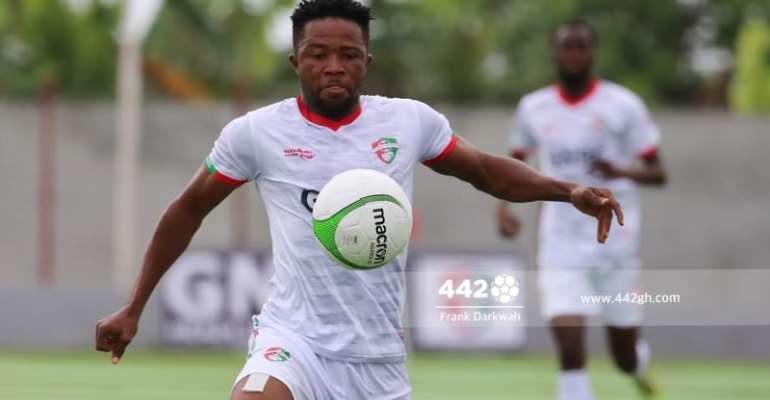 Prolific striker, Diawisie Taylor bagged a brace on Sunday afternoon to inspire his Karela United outfit to a resounding 4-1 win against Berekum Chelsea.

The highly-rated attacker earned a starting role to lead the lines for his team today when they hosted the matchday nine opponent of the Ghana Premier League at the Crosby Awuah Memorial (CAM) Park.

Continuing his fine form in front of goal, Diawisie Taylor scored after just 12 minutes to shoot Karela United into a deserved lead.

Subsequently in the game that produced five goals, the striker scored his second in the 72nd minute from the penalty spot to complete his brace while wrapping up the 4-1 win.

On the matchday, another brace from Kwame Boateng helped Karela United to pick up the maximum points with John Andoh netting the only consolation goal for Berekum Chelsea.

With the two goals today, Diawisie Taylor has now taken his tally to 8 after featuring in 9 matches in the Ghana Premier League this season.