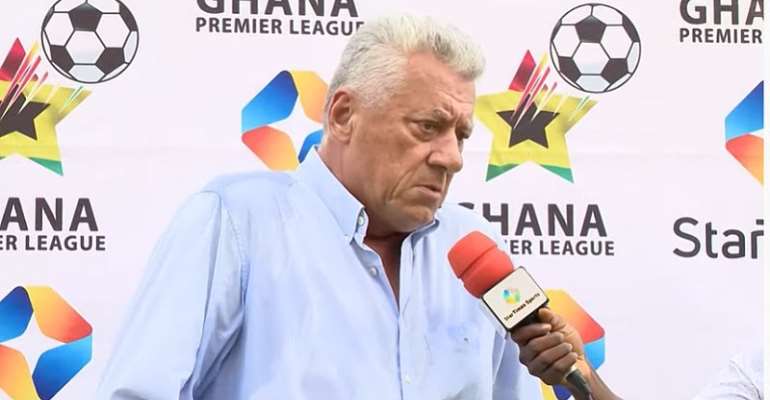 The Serbian is gradually changing the fortunes of the club having won three, drawn one and lost one since taking over as the coach of the side from Edward Nii Odoom.

And with 12 points accumulated so far, and trailing League leaders Ashantigold SC by just 3 points with Papic at the helm.

The 2004 CAF Confederation Cup winners last won their GPL title under Papic and Bortey, who was a member of that squad believes his former boss has impressed so far.

“This is not his first time. He (Papic) won the league with us. He is what Hearts of Oak need now” he told Silver FM.

“He’s impressed me so far with his performance with the team. Let’s pray for him so that whatever he wants to do with the team comes to fruition,” Bortey added.

Hearts will next face Techiman Eleven Wonders at the Accra Sports Stadium on Sunday.

Don’t blame your defeat in court on Jean Mensa – Ayikoi Otoo...
58 minutes ago