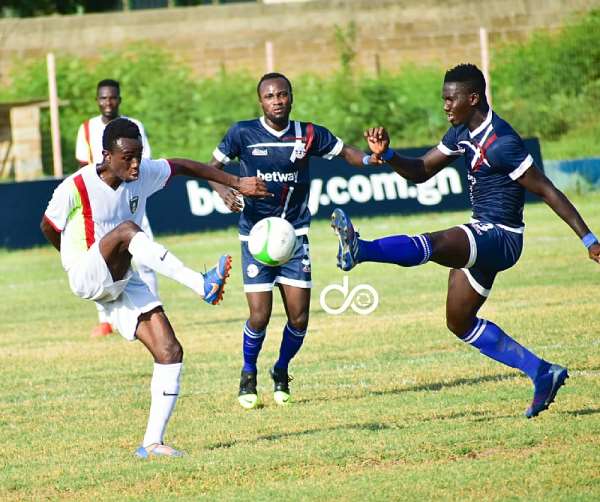 The club from Techiman visited the Dansoman Carl Reindorf Park today aiming to win for the second successive game to have the chance to move top of the standings of the division.

In a game that produced a lot of action, Eleven Wonders as expected dominated play in most parts.

After knocking at the door of Liberty Professionals on a number of occasions, the visitors finally had a breakthrough in the 43rd minute courtesy of a strike from George Osei Amponsah.

Unfortunately, Coach Ignatius Osei-Fosu’s lads could not defend the lead and conceded a couple of minutes later through an equalizer from Razak Boame.

Although both teams returned from the break to impress in a bid to score a decisive winning goal, neither side could find the back of the net and have been forced to share the spoils at the end of the 90 minutes.