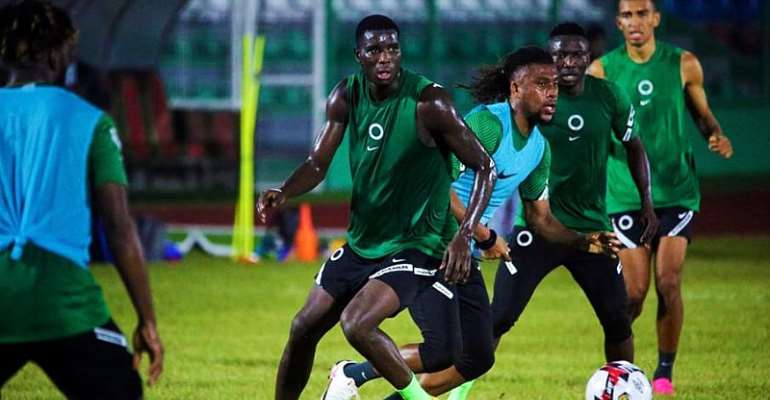 Sierra Leone will look for another shock result against Nigeria when they host their regional rivals at the Siaka Stevens Stadium in Freetown on Tuesday for an Africa Cup of Nations qualifier.

Kick-off is scheduled for 6pm CAT.
The Super Eagles effectively threw away two points when the two teams clashed in Benin City this past Friday evening: Gernot Rohr’s side enjoyed a 4-0 lead inside the opening half-hour, but took their foot off the pedal and allowed the Leone Stars – inspired by a brace from Alhaji Kamara – to fight back and secure a stunning 4-4 draw.

The result sees Nigeria still topping the log on seven points, though their lead is down to just one point after nearest chasers Benin defeated bottom-of-the-log Lesotho on Saturday. Sierra Leone are third on two points.

Nigeria captain Ahmed Musa apologised for his team’s performance on Friday: "On behalf of myself and my teammates, we are really, really sorry for the disappointment of the game [against Sierra Leone].

"We know we made a very big mistake in the game but there's nothing we can do, that's football, sometimes we win, sometimes we lose.

"But we are going to correct our own mistake in the next game. Inshallah, we are doing all our best to see that we qualify to the Afcon and we know that we can do it.”

Kei Kamara, who made a surprise return to the Leone Stars for this international window, revelled in the result: “We didn’t win, I know, but this ranked very high,” Kamara wrote on Twitter. “We were down 4-0 to one of the best in Africa, in their home country of Nigeria and to come back and grab a point it’s just incredible.”

The Super Eagles last played away to Sierra Leone in a World Cup qualifier in June 2008, winning 1-0 thanks to a late strike from Joseph Yobo.

The other Group L match early this week sees Lesotho host Benin in Maseru on the afternoon of Tuesday 17 November.