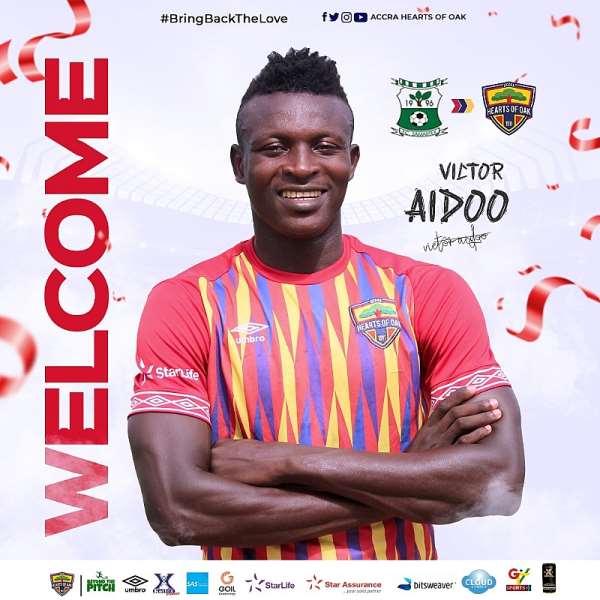 In the off-season, the Phobians managed to recruit a number of top talents to bolster its squad for the 2020/2021 football season.

With just a day to the start of the new Ghana Premier League season, Hearst of Oak have confirmed that they have secured the services of forward Victor Aidoo.

“Hearts of Oak is now the home of Victor Aidoo,” a club statement from the Premier League giants has said today.

The attacker is joining Hearts of Oak from Division One League outfit, Samartex FC. At his new club, the striker looks set to replace Nigeria forward Danjuma Kuti who was not registered by the capital-based club for the new season.

Earlier today, Hearts of Oak also announced the signing of former winger Patrick Razak. On Saturday, November 14, 2020, the club will play away to Aduana Stars on Matchday 1 of the Premier League season.