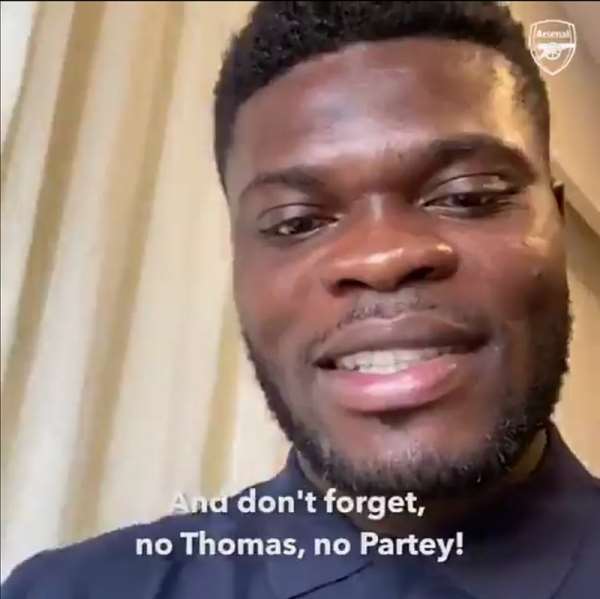 Thomas Partey has spoken for the first time after joining Arsenal this summer.

The Ghan international joined teh Gunner on transfer deadline day from Atletico Madrid.

The 27-year-old has been tipped to hits the grounds running at the club after completing his move to the club.

Appreciating the support of the fans for their messages, Partey said, "Hello, Gunners!, thanks so much for the love and the messages I have received.

Partey has become Ghana's most expensive player in history following his move to the Premier League side.

He has been handed #18 jersey at Arsenal.
The midfielder is currently in the camp of the Black Stars in Turkey for the upcoming friendlies against Mali and Qatar on Friday, October 9 and 12.

Partey will team up with his new Arsenal teammates after the international break.