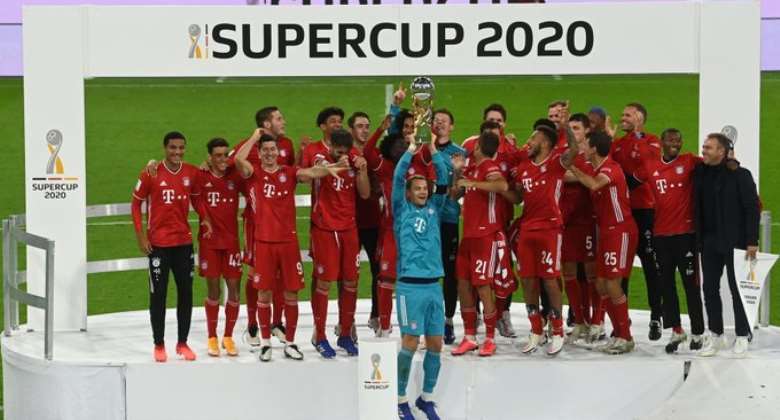 Bayern Munich wasted a two-goal lead and needed a lucky 82nd- minute winner from Joshua Kimmich to beat Borussia Dortmund 3-2 in Germany's Super Cup on Wednesday and secure their fifth title of the year.

Midfielder Kimmich snatched the ball in midfield, played a one-two with Robert Lewandowski and had his shot blocked before the ball bounced back off his foot and into the net.

Bayern, eager to bounce back from Sunday's shock 4-1 loss to Hoffenheim which snapped their 32-game unbeaten run, quickly raced into a 2-0 lead with goals from Corentin Tolisso in the 18th minute and Thomas Mueller in the 32nd.

Dortmund battled back with goals from Julian Brandt and Erling Haaland either side of halftime and wasted chances to add to their tally before Kimmich snatched the winner.

Bayern have also won the German league and Cup double, the Champions League and the European Super Cup this year.