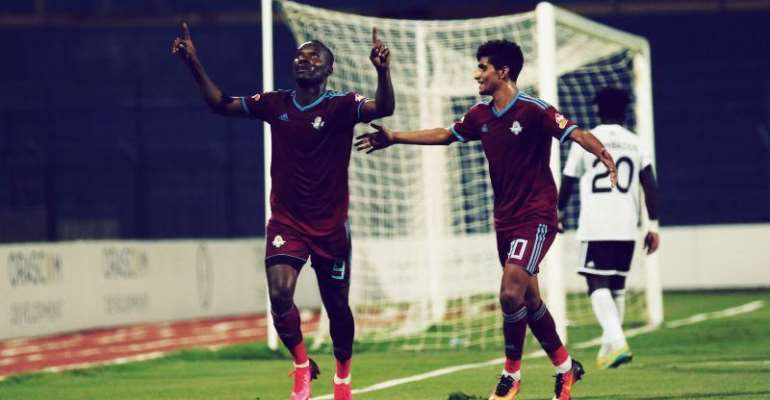 Free-scoring Ghana striker John Antwi netted the only goal on Tuesday night to hand his Pyramids FC side a narrow 1-0 win against Al-Ittihad Alexandria in the Egyptian Premier League.

The forward who recently earned an invite to the Black Stars team has been in prolific form in recent weeks and deservedly earned a starting role today when his team hosted their Matchday 30 opponent at the AL Ahly Stadium.

John Antwi, 28, continued his outstanding formed as he hit the match-winner for his team on the 52nd minute on the back of a goalless first half.

The lethal striker has now scored 8 goals for Pyramids FC this season and also has 3 assists to his name after making 28 appearances.

He has been handed an invite from Black Stars coach C.K Akonnor and will be part of the team that plays against Mali in an international friendly match in Antalya, Turkey, on October 9.