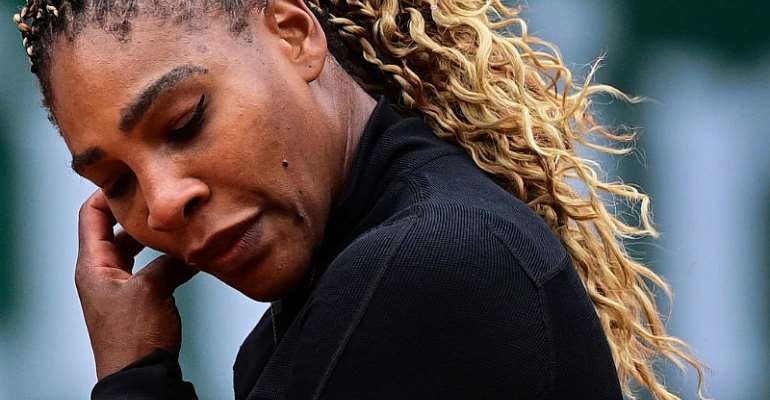 Rafael Nadal began the defence of his French Open title on Monday with a straight sets win over Egor Gerasimov from Belarus. His victory came after the three-time champion Serena Williams advanced to the second round after early struggles against her fellow American Kristie Ahn.

While 39-year-old Williams needed a first set tiebreak before detonating  Ahn's resolve, Nadal was in total control against the world number 83 who was playing on Court Philippe Chatrier for the first time.

Nadal broke early in the opening set and held on to claim it 6-4 after 40 minutes.

It was a case of deja vu in the second set and Nadal kept his nose in front to win it 6-4.

From there, the 12-time champion started to spray winners around the court as the gulf in class became increasingly apparent. The 34-year-old Spaniard romped through the third 6-2 to set up a second round tie on Wednesday with Mackenzie McDonald.

Pleasure
"I'm really happy to be back at Chatrier. Thanks to the spectators for being here," Nadal said in front of a smattering of the 1,000 fans permitted daily at the tournament as part of the French government's effort to curb the rising numbers of coronavirus cases around Paris.

"Hopefully it'll be back to normal next year and I'll play in front of the beautiful crowd."

Nadal has highlighted the cold weather during the rescheduled event and the use of heavier balls as some of hazards in his quest for a 13th crown.

"I don't want to make any mistakes," he added. "It's a different Roland Garros this year and the weather conditions are very challenging. But we are here to try our best."

Williams, who last won the title in 2015, began her chase for record-equalling 24th Grand Slam singles with an error-strewn display.

After fighting back to level at 4-4, the veteran lost her service game to give Ahn the chance to serve for the first set.

But the world 102 squandered the chance and wilted in the subsequent shoot-out before she was annihilated in the second 6-0.

"Kirstie played very well in the first set," said Williams. "It wasn't easy for me and she hit a lot of winners.

"The biggest difference was just confidence. I just need to play with more confidence, like I'm Serena.

"So that was it. I just started playing like that."