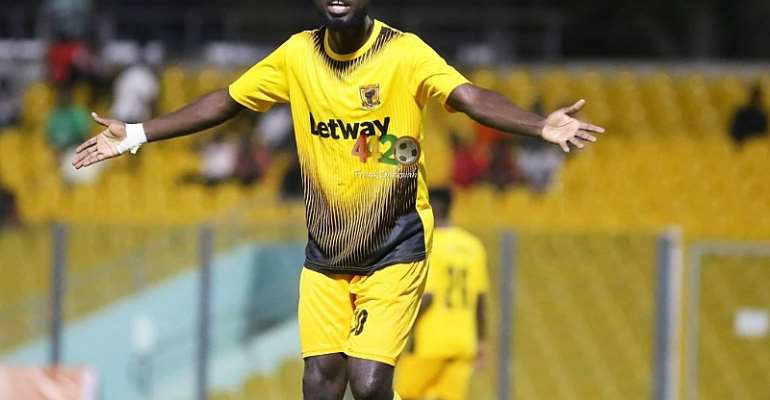 Former Ashanti Gold SC defender, Eric Donkor has opined that Ghana football is lacking behind in terms of wages players receive as he calls on leaders of the game to push for the implementation of a minimum wage policy for the next generation.

It is no secrete players in the Ghana Premier League and the leagues are not paid very well. Although some players in the big clubs take home decent salaries at the end of the month, the larger population of the pool of players receive meager amounts as wages.

Speaking to Angel 102.9 FM, Eric Donkor has called on the Ghana Football Association (GFA) to work on a minimum wage policy for the next generation of players if it is not something that can be done immediately.

“My salary at Kotoko was way higher than that of Ashgold. Ghana Football is really lacking behind in terms of the salary players receive. Hopefully, even if the leaders cannot arrive at a minimum wage for us, they should try for the next generation”, the left-back shared.

Eric Donkor is currently unattached to any club after ending his stay with the Miners. He however remains optimistic about a move before the start of the next football season.