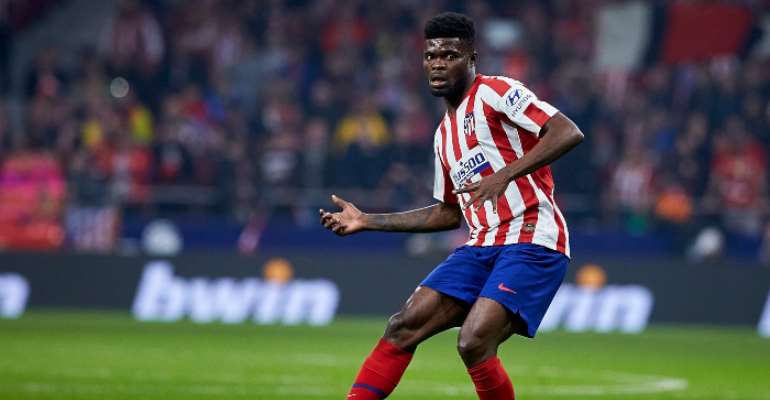 Thomas Partey's future at Atletico Madrid remains in doubt this summer with clubs in race to sign the midfielder.

Arsenal are in the race to sign the 27-year-old according to multiple reports in the media.

However, Serie A champions, Juventus have also joined the race to sign the Ghana international this summer.

It is said that both Arsenal and Juve would love to land the central midfielder this summer and they will see his release clause as potentially being attainable.

According to Spanish portal, Marca, Thomas Partey however, happy in the Spanish capital and believes that he will continue at the club beyond this summer.

The report adds that there is calm from both the player and the club, but the current situation leaves the door slightly ajar for those clubs who remain interested.

Awutu Senya East: One injured as NPP supporters of outgoing ...
50 minutes ago