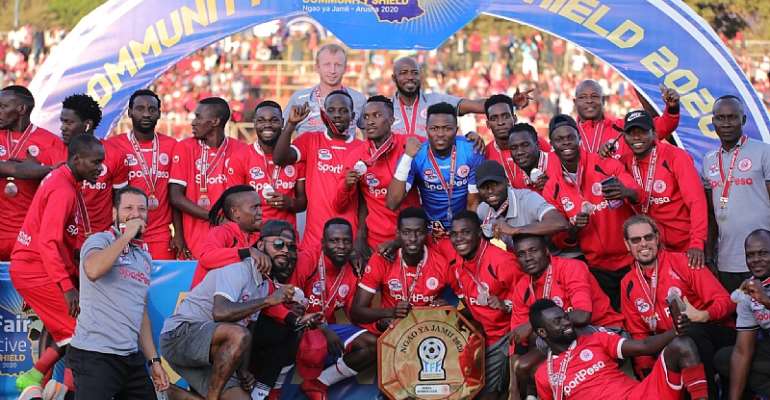 The Tanzanian giants locked horns with Namungo SC at the Sheikh Amri Abeid Memorial Stadium in Arusha today to fight for triumph in the season’s curtain-raiser to the next football season.

A good start to the game saw Simba SC being awarded a penalty kick on the 7th minute after new striker Bernard Morrison was fouled in the 18-yard box of the opponent.

The team took full advantage with Captain John Bocco converting from 12-yards to give his team the lead. Though Namungo SC came in strong after going behind, they could not equalize and had to go into the break trailing.

In the second half, the ever-threatening Bernard Mensah scored to double the lead for Simba SC after he was assisted by Clatous Chota Chama on the hour mark.

Having held on to the finish line, Simba SC has been crowned the winners of the 2020 Tanzania Community Shield.

This becomes the first trophy Bernard Morrison has won with the club he joined earlier this month after partying ways with Yanga SC in controversial circumstances.