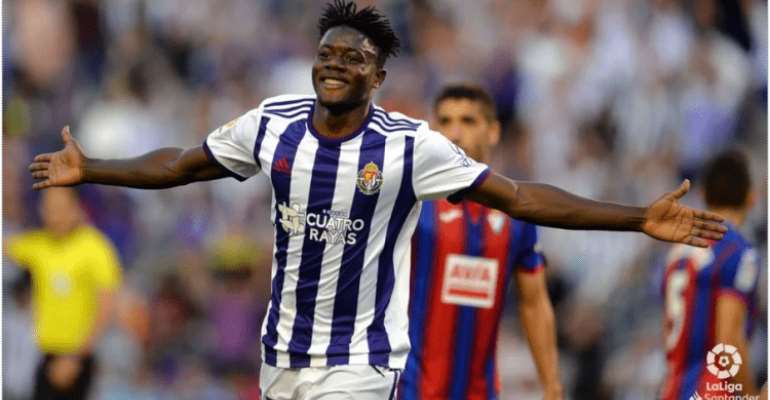 Since the days of Bayern lynchpin Samuel Osei Kuffuor and John “Rock of Gibraltar” Mensah, Ghana have struggled to produce for the Black Stars a consistently astute centre back who could both organize the defence and protect the goal, with the likes of John Boye, Isaac Vorsah, Rashid Sumaila and Jonathan Mensah all trying and struggling to some extent to lead the Black Stars from the back.

In Mohammed Salisu, however, Ghana might have just found the next solid guardian of the Black Stars.

Mohammed Salisu Abdul Karim was born in Accra on the 17th of April 1999.

He started his youth career with a certain “Barcelona”: Kumasi Barcelona Babies.

He spent a year with them before moving to the prestigious West African Football Academy (WAFA) in 2013.

Salisu honed his skills there for two years.
A falling out with the staff at WAFA saw him spend a brief period at home without any football before a former team manager encouraged him to join the African Talent Football Academy.

There, he was spotted by La Liga outfit Real Valladolid, signing for them on the 4th of October 2017.

Dubbed “The wall of Valladolid” by El Pais in October last year, the towering 6’3 Salisu has been an immense presence in Valladolid’s impressive defence, missing just seven games all season.

He also finished as overall sixth best of all the players to have played in La Liga in terms of the ones with the most clearances.

And as if that wasn’t enough, Salisu has managed to chip in with two-goal contributions of his on at the other end of the pitch.

He signed for Southampton in July this year for £10.9 million, and he will be looking to take the English club to higher levels in the coming seasons.

The Black Stars would do well to tie him down to a place in the national team, as he could well be the influential leader at the back we need to take us back to our glory years.

It’s exciting to see what the future holds for this citadel of a man in Europe and hopefully for the Black Stars as well.