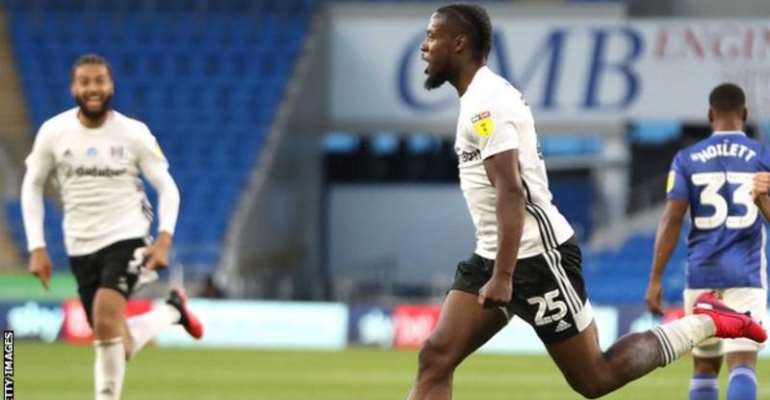 An evenly contested first half saw the hosts twice go close to taking the lead before Fulham captain Tom Cairney clipped the post with a curling long-range effort.

Josh Onomah then produced a moment of magic early in the second half, dancing his way past three statuesque Cardiff defenders before firing into the bottom corner.

Fulham were utterly dominant from that point, controlling possession to such an extent that Cardiff barely got a whiff of the ball, before Neeskens Kebano added a second in injury time with a beautiful free-kick.

That was the least Scott Parker's side deserved, and a place at Wembley is now within touching distance ahead of Thursday's second leg at Craven Cottage.

As for Cardiff, they will need to summon every bit of the spirit which has seen them fight back from several trying situations under Neil Harris this season if they are to have any hope of setting up an all-Welsh final against rivals Swansea City, who lead Brentford 1-0 in the other semi-final.

The Bluebirds are not quite out of contention but there can be no doubt that Fulham have seized control in the battle between two sides aiming for an instant return to the Premier League.