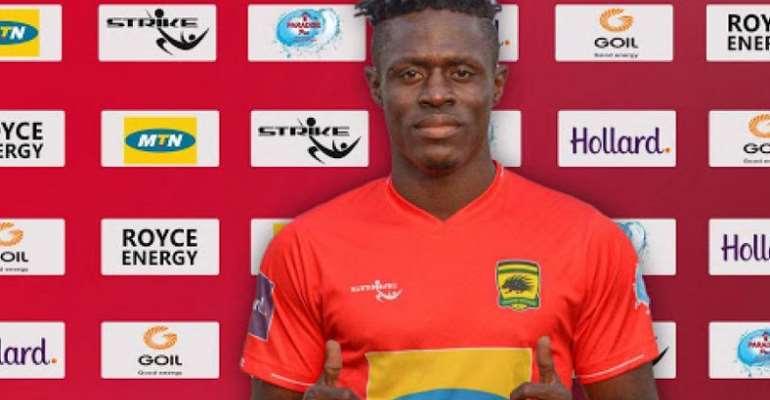 The goal poacher joined the Ghana Premier League heavyweights on a three-year deal after a successful trial with the club but he is yet to taste Premier League football.

The striker tells Kotoko Express App he believes in his scoring prowess but is also aware of the opposition he stands to face due to the competitiveness of the league and quality of the defenders around.

Opoku's immediate record of four goals in five games for former club Nkoranza Warriors makes him one of the most promising young forwards in the country.

“My dream is to win laurels with Kotoko, but on the personal score, I also want to win the Premier League Goal King title too," discloses Kwame Opoku.

"I do not have a target as to the number of goals I want to score per season because competitive football in Ghana is not an easy one for strikers."

"The reason is not that the strikers are not good," stresses Opoku.

"But, Ghana is blessed with good defenders. Ghanaian clubs are very good defensively.

"This is a challenge and not an obstacle, and overcoming it is what I hope to do," he added.