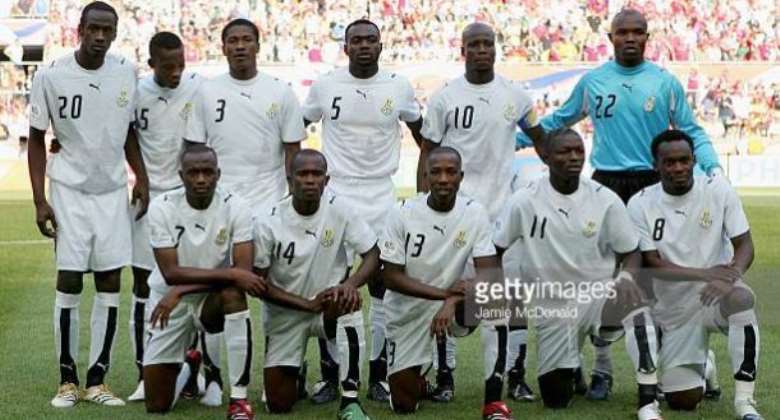 Laryea Kingson has named his all times best Ghana XI.

Kingston is one the best wingers to have ever played for the national team but failed to play in any of Ghana's World Cup participation.

The former Heart of Oak midfielder included his senior brother, Richard Kingson as the goalkeeper.

With the back four consisting of Hans Adu Sarpei, John Paintsil, John Mensah and Eric Addo.

In the middle of the park he went for himself, Michael Essien, Stephen Appiah and Sulley Ali Muntari.

While in attack he went for the specialist in qualifiers Mathew Amoah who helped Ghana qualifier for our maiden World Cup and several other tournaments with Africa's top scorer at the World Cup Asamoha Gyan leading the line.