Djokovic Trains On Tennis Court In Spain Despite Lockdown Ban 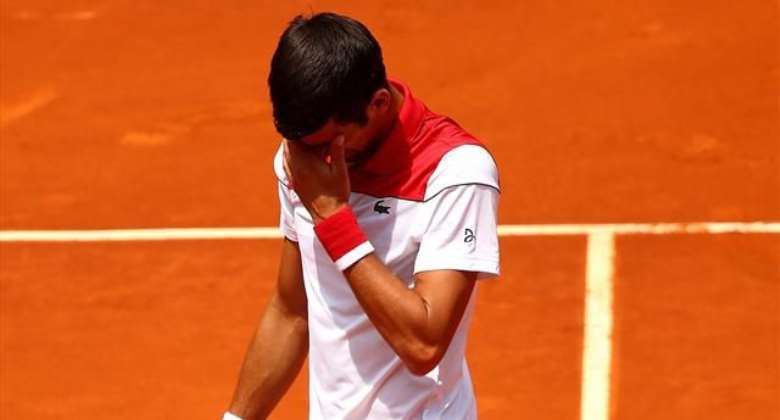 Novak Djokovic has filmed himself training on a tennis court in Spain despite a blanket ban in the nation over the use of sports facilities.

The Serbian world number one posted a video on Instagram of him rallying with another person in Marbella.

Djokovic wrote: "So happy top play on clay. Well, just for a bit with my phone in the hands."

Spain relaxed some of its lockdown measures on Monday, including allowing professional athletes to return to training.

But tennis courts and other sports facilities are to remain closed until at least next week. The Spanish tennis federation said on Monday that players could return to training alone or with a coach, but should not yet take to the court. Further guidelines are expected next week on what players are allowed to do.

Tennis' biggest stars have admitted they have little idea if and when the season will restart.

Wimbledon has been cancelled for the first time since World War Two Image credit: PA Sport

The pandemic has led to the cancellation of Wimbledon and the postponement of the French Open to September, while the status of the US Open, scheduled to take place as usual in late August, is still unclear.

Djokovic confessed that he had struggled with the uncertainty but that he has developed a daily routine to help cope.

He told Sky in Italy: "For us tennis players it is important that the calendar is clear. Officially it is July 13, many say it is difficult we will start again on that day.

"For me, it is important to have a routine. I cannot keep on waiting for that day. I train every day at the gym, I run at home, I play with my kids and this is also hard work.

Rafael Nadal said on Tuesday he does not expect to return to play competitive tennis until 2021 due to the pandemic, which has decimated much of this year's calendar.

"I hope we can return before the end of the year but unfortunately, I don't think so," the world number two told Spanish newspaper El Pais.