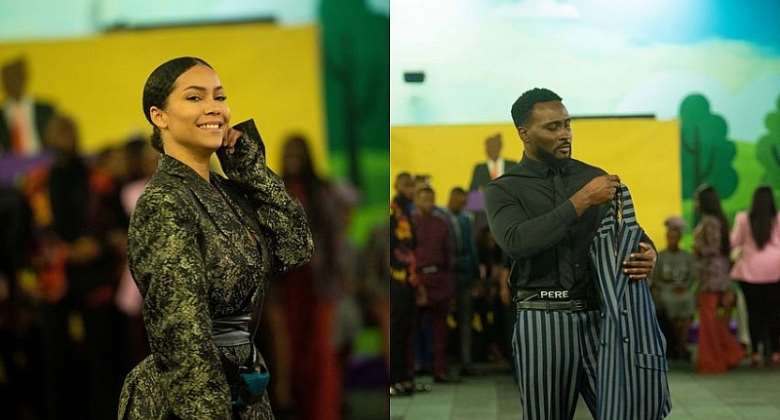 During her fellow housemate and love interest’s secret diary room session, exclusive to The Buzz on Showmax, the 35-year old requested for art supplies so he could make a portrait of Maria. This came on the heels of him admitting to Ebuka, during the Sunday Live Eviction show, that he missed Maria.

But in spite of these moves, on-air personality Toolz doesn’t think Pere stands a chance with the former air hostess. She shared this with Toke on The Buzz, where she was a guest alongside fellow media personalities Jimmy and Ehiz.

“I feel like at this stage Maria has been exposed to a whole new audience,” she says. “Even if he had a chance in the house, now that they’re out of the house she’s not going to check for him at all.”

However, while Toke and Ehiz agreed with Toolz, Jimmy had a contrary opinion, stating that Maria and Pere would definitely have sex outside the house. “I’m going to make a bold statement right here, right now. Dem go nyash. Maria and Pere dem go nyash but una no go know.”

The Buzz is exclusive to Showmax, with new episodes available for streaming Tuesdays and Saturdays by 7.30pm.