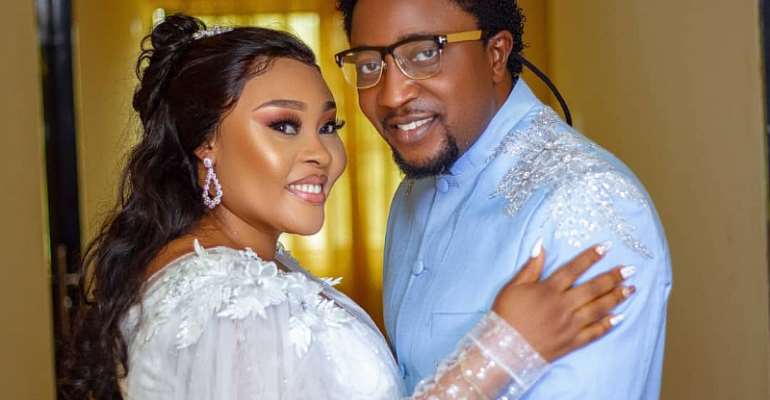 It was indeed an amazing, impressive and joyful occasion at the Traditional Wedding of Pastor Prince Dickson and his adorable hearthrobe, Miss Mitchel Nwankwo, now referred as Mrs. Mitchel Dickson. The Traditional Wedding ceremony was held at Eluagu Amaokwe Achara in Uturu, Abia State in the 20th of November, 2020.

According to reports, the wedding of Pastor Prince Dickson, the Senior Pastor of Wealthy Nations Ministry, located in Abuja and had recently celebrated her 3years Anniversary, recorded several entertaining activities, traditional rites for both couples and other moments of social communism amongst the newly united Familes.

It was indeed a union not only for the Couple, but also for both the families of Late Mr. Michael and Mrs. Claribel Nwankwo of Eluagu Amaokwe Achara in Uturu Isiukwuato in Abia State and High Chief Dickson Umana and Late Mrs. Eno Okon Dickson, of Ubadong Oron in Urec Offiong Oromu LGA of Akwa Ibom state.

The Traditional Wedding ceremony and white wedding reception of Pastor Dickson was honoured with the presence of distinguished personalities, friends, Family Members, colleagues and well-wishers. Speaking with Pastor Dickson, who is popularly known as Prophet of Fulfillment and renowned for his Prophecy of BBnaija Winner "Laycon" during the just concluded BB Naija Reality TV Show, described his wedding as huge success and a fulfilment of God's promises.