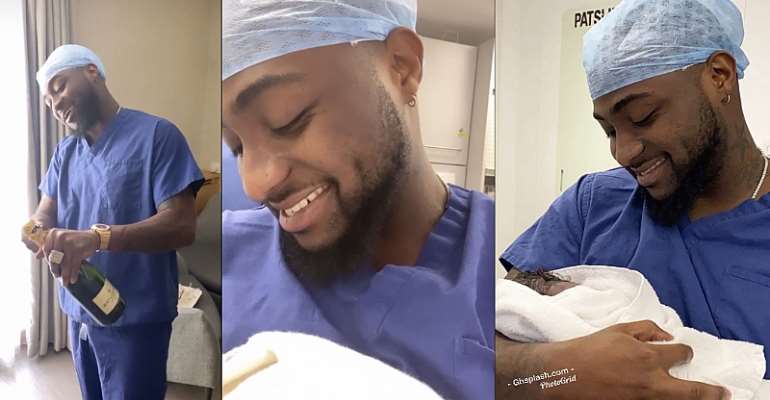 Nigerian top music singer David Adeleke aka Davido is now a father to a male child.

His engaged wife Chioma Rowland came just 31 days to his 27th birthday. Announcing the birth on his Twitter and Instagram handles, the pop star called his fiancée, Chioma, a strong wife. Visibly excited Davido posted a lovely photo showing him sweetly carrying the newborn in his arms with a smile on his Instagram page.

According to some sources, it’s the first photo by an African artiste to hit a million likes on Instagram, though not confirmed. In late hours of Saturday, October 19, 2019, Davido announced via his Twitter that he was in the delivery room after a fan asked how far his album is. He tweeted: “I dey delivery room brother! Make we talk this matter after.”

Adeleke Jr. is Davido’s third child with three different women in four years. He has two daughters Aurora Imade and Hailey Veronica from two other women.

Several fellow artistes, including Ghana star singer shatta wale as well as freelance journalist network and many of his fans and well-wishers have taken to social media to congratulate the couple on their new bundle of joy.